During the Monacophil Gala Dinner, attended by Prince Albert II and Princess Caroline of Monaco, two renowned philatelists were awarded by Princess Caroline and Prince Albert with II the Albert II Medal. The first went to Michael Sefi LVO from Great Britain, the former curator of the “Royal Collection” of Queen Elisabeth II, whose exhibits he had brought for many years to Monaco. The German philatelist Wolfgang Maassen RDP received a second medal from Princess Caroline. With this medal, the Club de Monte-Carlo honoured Maassen’s services to the Monegasque philatelic exhibitions over the past ten years. He had not only written groundbreaking books for the special exhibitions in 2013 (Philatelic Literature) and 2017 (Philipp von Ferrari), but had also contributed as president of the World Association of Philatelic Authors and Journalists to the promotion of these exhibitions in the international trade press. For the first time ever, Princess Caroline took part in the gala dinner with her brother and presented the medal, which had only been awarded three times before. 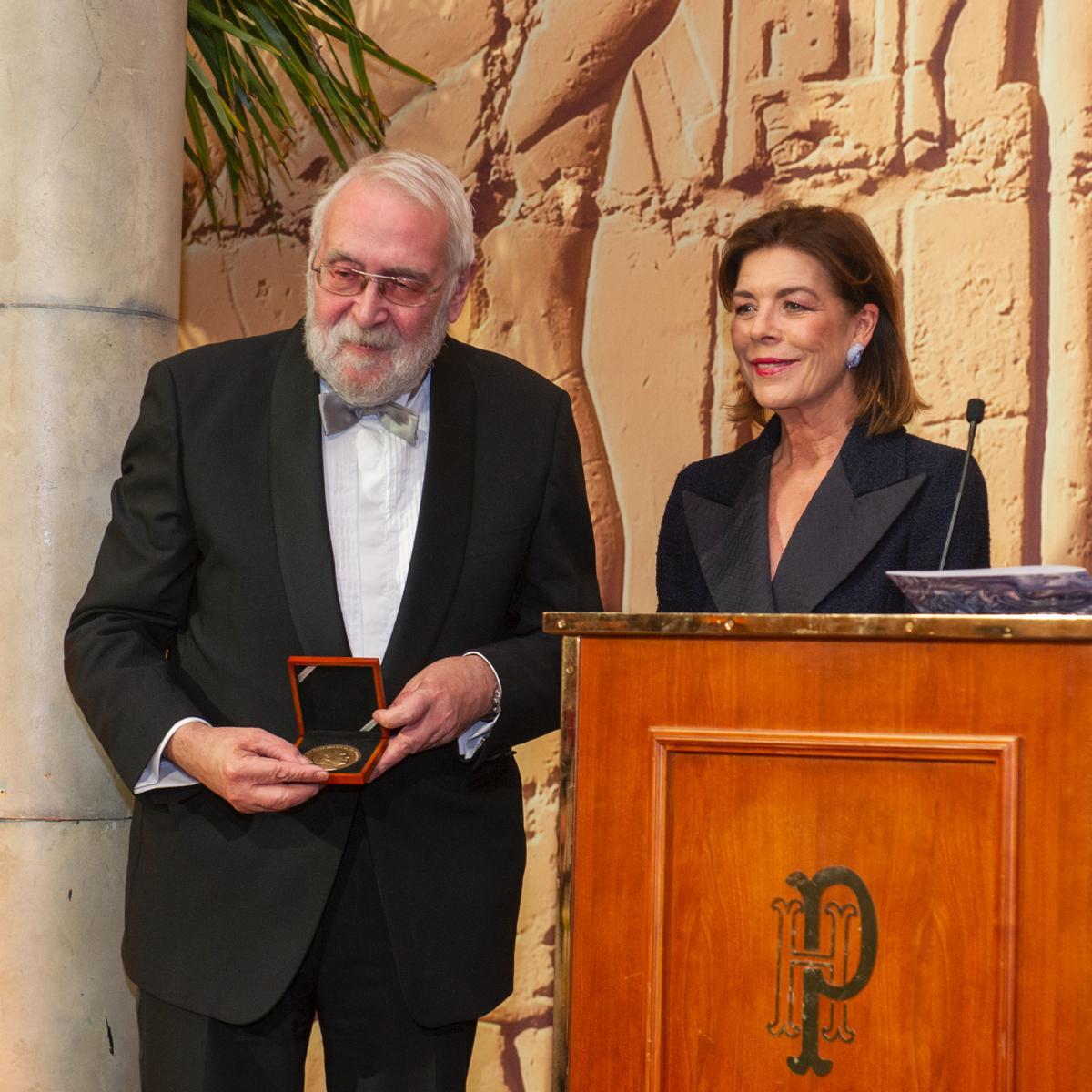