(London-fw/pcp) Where will you be this time next year? After several months with no significant activity, the time has come for the London 2022 exhibition to be promoted – especially as it is exactly one year from today that the show opens. The UK has been hit badly by the COVID-19 outbreak, but we are now seeing hopeful signs that normality is in sight. The high number of cases in the UK is now falling quickly, and the roll out of vaccinations to the UK adult population is progressing very fast indeed. All of this gives us great hope and expectation that the London 2022 exhibition will go ahead in full.

This newsletter explains where we are in our planning, and the next steps to re-confirm the details. The planning of the competitive exhibition has been discussed with the FIP, but my comments below are awaiting formal approval from the FIP Board.

Competitive Frames
I am sure you will recall that the exhibition was significantly over-subscribed. The Organising Committee selected a wide range of exhibits from all over the world, but we inevitably had to disappoint many applicants. With the postponement of the show, we offered all those who had been accepted the chance to withdraw and receive a full refund. This offer was taken up by a small number of exhibitors, and they were all refunded their fees, through their National Commissioners, in summer 2020.

There were some special cases relating to the Youth Class with respect to the age bands, but these have all been handled individually with the National Commissioners involved. We now must plan to re-fill the empty frames that the withdrawals have created. It has been decided that we will approach some exhibitors who applied before the deadline in 2019 but who were not initially accepted. One opportunity to increase the frames will apply to a small number of exhibitors: the FIP has introduced a temporary rule change that allows a first time exhibit to be shown in eight frames, instead of five, if it achieved 95 marks in a qualifying national exhibition. If we have already accepted a new exhibit for five frames, and if the exhibitor wishes to increase to eight frames, then can National Commissioners please contact the Commissioner General as quickly as possible, and not later than 30 April 2021.

All communications relating to the acceptance of additional exhibits must only be between the Commissioner General and National Commissioners. A revised IREX is currently being drafted and will be loaded to the website when finalised.

Literature Class
All the non-digital entries for the London 2020 literature class had arrived in London, and we had hoped to carry on with that class during 2020. But, as perhaps you will understand, it was just not possible to bring international jurors to London to carry out the judging last year. It has now been decided that the literature will fall back into the rest of the exhibition in February 2022. The Reading Room will be part of the exhibition hall, and I am delighted to report that our friends in the AIJP (Association Internationale des Journalistes Philatéliques) have agreed to support us again as they had originally planned to do in May 2020. All literature will be judged as initially entered, but there will be some special changes. If an entry was for a dated publication such as a journal or an annual catalogue, then the exhibitor can substitute a newer edition if they wish. There will be no additional fee for making this change. Unfortunately, we will not be able to return the older copies.

It has also been decided that we will accept further applications in the Literature Class. The fee is only £25, and only one copy of a book is needed. All new applications must be sent to your National Commissioner, who must submit them to the Commissioner General by 31 May 2021. Literature application forms can be downloaded from www.london2022.co/literature.

Jury
The selected jurors were stood down last year. In liaison with the FIP, it has been decided that the jurors selected for the original show will be invited again. The Jury Secretary will contact those concerned directly.

Booths
Inevitably some stand holders have withdrawn from the exhibition for a variety of reasons – but there was a waiting list to take stands so some of these have already been re-sold. The floorplan on the website www.london2022.co/floorplan shows the latest position. There are some booths available for bookings, so please contact boothsales@london2022.co for further information if you are interested in taking a trade stand. 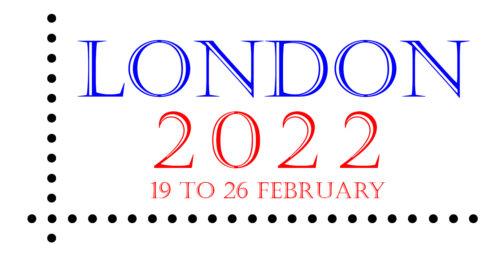 ← Jonas Hällström new editor-in-chief of “Nordisk Filateli” magazine The Crawford Medal for Philatelic literature has extended the deadline for nominations. →