The Roll of Distinguished Philatelists

New Signatories for 2022 and details of the signing ceremony

An open invitation to all, in person or by Zoom.

At the meeting of the Board of Election of the Roll of Distinguished Philatelists on 2nd January 2022 it was unanimously agreed that the following philatelists be invited to be the new signatories to the Roll:

The invitation to sign the Roll is the highest and most prestigious of honours in philately, and is the world’s oldest philatelic honour. It recognises achievement, research, publication and service in many areas of philately.  The Roll was instituted in Harrogate in May 1921 and the signature of His Majesty King George V appears at its head as the first signatory.  In its design, it contains the names of 44 so-called “Fathers of Philately”, names of great philatelists who would have been invited to sign had they been alive at the time.  At the first ceremony in Harrogate the signatures of the initial 39 names were added to the Roll.

This year’s signing ceremony, on the occasion of the 101st anniversary of the first signatories to the Roll, will take place at 5.30pm on Monday 21 February 2022 at the Royal Philatelic Society London, 15 Abchurch Lane, London EC4N 7BW, during the London 2022 International Philatelic Exhibition.  The 2022 signatories will be accompanied by some from the last two years who have not yet been able to sign because of the pandemic. There will also be a small exhibition of the collecting interests of some of the signatories and the ceremony is followed by a drinks reception. Attendance at the ceremony is open to all and there is no need to pre-book. The RDP collecting interests’ exhibition opens from 2pm and attendees should gather for the ceremony from 5pm. The ceremony will also be broadcast live on Zoom so that it can be seen by a worldwide audience.  These are the login details.

The new signatories join 88 other current living RDPs from 26 countries spread over six continents. More details on the Roll of Distinguished Philatelists can be found at: 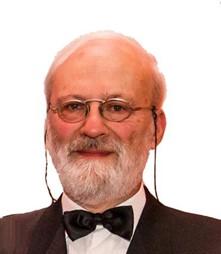 Bruno Crevato-Selvaggi is that rare combination of a philatelist and postal historian who combines his private study and passions with academic and university research.  He is President of the Institute of Postal Historical Studies “Aldo Cecchi”, the main private institution in Europe devoted to postal history, combining both the academic and philatelic aspects.  He is the current President of the Federation of Italian Philatelic Societies.  He is editor-in-chief of Archivo per la storia postale, the academic journal of the Institute, and of Qui Filatelia, the quarterly magazine of the Federation.

Much involved in organisational philately in Italy, Bruno has been Italian commissioner to numerous exhibitions and as a member of exhibition juries.  He has also been in demand as lecturer and presenter of various postal historical topics in many European countries.  He was co-organiser of Italia 2009, as well as being the driving force behind Italia 2018, the FEPA (Federation of European Philatelic Societies) exhibition in Verona specialising in philatelic literature.  He was President of the European Academy of Philately from 2013 to 2017 and is a recipient of the FEPA Medal for outstanding Philatelic Research (2007).

His numerous published books include Il Regno d’Italia (The Kingdom of Italy), the postal history and philately of Italy and its colonies 1861-1946.  These reflect his own collecting interests, which include the postal history of the Republic of Venice, European post offices in the Ottoman Empire, and Italian philately and postal history of the 20th century up to 1940.  His contributions were recognised by the Italian State when he was made a Commander of the Order of Merit of the Italian Republic. 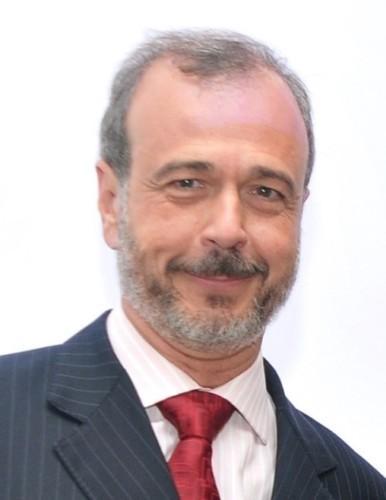 Since 2013 Reinaldo Estevᾶo de Macedo has been committed to the promotion of Brazilian philately through international exhibitions, symposiums and philatelic presentations.  Brasiliana 2013 (held in Rio de Janeiro) and Brasilia 2017 (in Brasilia) attracted a significant international participation from over 60 countries and their success was substantially due to the organisational leadership of Reinaldo.  In 2016, he was elected a Vice-President for the Americas of the FIP (Fédération Internationale de Philatélie), the international philatelic governing body.  His accomplishments have included being commissioner for Brazil, jury member for a large number of exhibitions and member of the expert team, jury secretary and he has acted as consultant for FIP and FIAF exhibitions.

Reinaldo is a collector of a wide range of subjects, with a specialisation in postal stationery and thematic philately, for which his exhibits have gained high international awards.  He also has a collection of postal history and his exhibit of “Secured delivery in Brazilian mail 1798-1900”  and “Constitutionalist Revolution of São Paulo – 1932” demonstrate his wide areas of interest and knowledge.  He is always ready to share his deep knowledge of many aspects of Brazilian philately and postal history.

His leadership role in Brazilian philately is no small accomplishment given the size of Brazil and the demographics and economics of the country.  The wide dispersal of its collector base means that Brazil was already a leader in on-line symposia and presentations before such methods became more commonly used.  Reinaldo and others have widely supported aspects of the hobby such as thematic and topical classes in order to attract the typical collector base in the country. 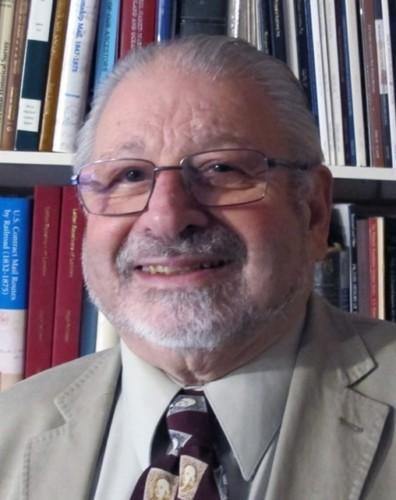 Although best known for his very significant research into various postal history aspects, culminating in the award of the Crawford Medal on two occasions for Letter Receivers of London (1998) and United States Railroad Mail Routes and Contracts 1832-1875 (2018), Hugh Feldman has been a very active supporter of philately over several decades.  His contributions to philately divide between the USA and the United Kingdom.

In the UK, he was for 5 years a director of the ABPS (Association of British Philatelic Societies) and served for 1½ years as treasurer and for 4½ years acted as editor of ABPS News.  He was also chairman of StampActive, the organisation promoting stamp collecting among children, until his business travel precluded continued involvement.

In the USA, Hugh’s studies of the USA mail routes by water (U.S. Contract Mail Routes by Water, published by the Collectors Club of Chicago) and the Railroad Mail Routes (as above) received the Elliott Perry and Stanley B. Ashbrook cups respectively given by the U.S. Philatelic Classics Society for original research into aspects of USA stamps and postal history.  In 2021, he received the Distinguished Philatelists Award from the U.S. Philatelic Classics Society.

Hugh has formed important collections of his chosen subjects that have received high awards in FIP exhibitions as well as 2 Grand Awards in the USA World Series shows and continues to make numerous presentations to philatelic societies on both sides of the Atlantic. 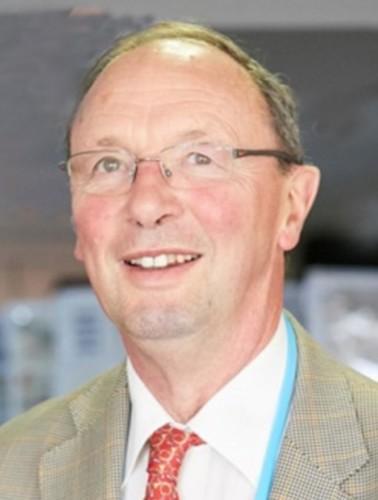 Malcolm Groom’s collecting interests have focused on the collecting and study of the stamps and postal history of Australia and his native Tasmania.  He has covered most aspects of the subject, including Contract Mails, Free Franks, Commercial Airmails, postal stationery and the pictorial issues of Tasmania 1899 to 1912.  His well-received recent book on the postal stationery of Tasmania (Tasmanian Postal Stationery by Malcolm Groom and Allen Shatten) is a first specialist publication on this subject.

However, Malcolm’s involvement in organised philately goes well beyond the local or regional.   He was elected chairman of the FIP (Fédération Internationale de Philatélie) Postal History Commission in 2016 and has been very active in that role.  As an FIP qualified juror since 1990, he has served on numerous juries throughout the world, including holding the onerous post of jury secretary in China 2009 and London 2010, as well as being involved in numerous seminars and presentations around the world. 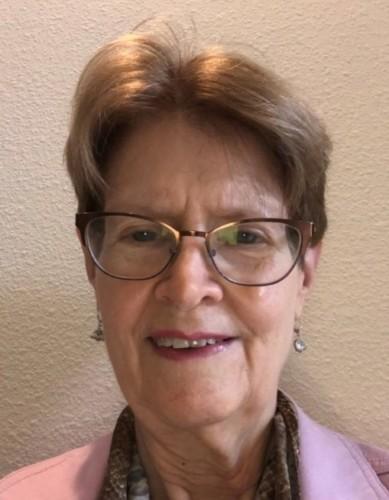 Patricia Stilwell Walker has been honoured in the USA with many of the most prestigious awards, including the John N. Luff Award (American Philatelic Society) and the Lichtenstein Award (Collectors Club New York), which underline the important role she has played at many different levels within many different areas of philately in the USA.  Her interests cover not only traditional collecting and postal history but she has been a vice-president of the American Philatelic Research Library.

A chief judge at several USA shows, Pat is an FIP accredited judge on postal history and youth and has been acting chairman of the FIP Commission for Traditional Philately since 2019, as well as being on the FIP Commission for Youth Philately.  As a promoter of youth philately, she has given considerable encouragement to the potential collectors and exhibitors that will be the future of the hobby.  She has written and presented extensively on the subject of exhibiting in journals and seminars, being a past President of the American Association of Philatelic Exhibitors and a recipient of their Bernard A. Hennig award for excellence in judging.