The Bill-Gross-USA-Collection goes beyond all expectations

(pcp-wm) One is reminded of the old saying that the USA is the land of unlimited possibilities when one looks at the three auction catalogues of the renowned auction company Robert Siegel, which has been auctioning the collection of the stock market

The first two large-format catalogues already weighed in at 3.7 kg with their 235 + 237 pages. What they contained was fantastic, often unique material of the first editions of the USA with all its facets and rarities.

In these days the third luxury catalogue arrived at the customers of the Siegel auction house, which organizes this auction in New York in cooperation with Charles F. Shreve and Tracy L. Carey. Thanks to the once again generous presentation of the unique pieces and their extensive almost scientific description at the highest level, 383 pages were now needed for the 552 lots. Again in an elaborate hardcover (linen with gold title and book spine embossing), with dust jacket and a shipping carton precisely matched to the dimensions of the catalogue, which on one side of the transport box effectively advertises the catalogue.

This time the early US postal history is in the foreground with the lots and one is inclined to agree with Shreve’s statement in the foreword that the Bill Gross collection is the most extensive and most important US classic collection ever assembled by a collector when leafing through the 2.6 kg catalogue. But also is his assumption to confirm that hardly a second collector could collect such a collection again. This is probably first and foremost a question of the financial expense that the multi-billionaire Gross, as a highly successful stock market genius, could afford, perhaps even pay out of the postage cash. Secondly, it is also a question of time and philatelic expertise, because not everything can be bought for money.

In February 2019 Bill Gross withdrew from the business of shares and funds and now wants to concentrate with his children Jeff and Jennifer on the concerns of the family foundation he founded, which has over 390 million US dollars to manage. The proceeds from this third auction of the large collections – like those from the two preceding auctions in 2018/19 – will also be donated to charitable causes through the family foundation.

With regard to the lots offered, one can only say that this auction offers everything the collector’s heart desires. And this in an abundance that will kill you. Because Gross did not collect just one or a few copies of a stamp – no matter how rare it may have been. He has specialised them in every conceivable direction. Starting with shades, cuts or perforations, paper, stamps, units, letters in all conceivable combinations and destinations and so on. Among them, of course, are the big rarities, which are often estimated by the auction house at five to six-digit prices, which are to be expected. But they are also small valuables that deserve closer attention.

Even if one does not collect this country or these issues, another one impresses. The description of the lots. Thanks to the help of leading US philatelic experts, the auction house is able to describe every lot so extensively with detail and background knowledge that one hardly finds it a second time. Provenances are mentioned almost throughout and previously mentioned registrations (census records) are taken into consideration. Thus also this catalogue gains manual character and should be the authoritative reference work for further works of US philately in the future.

For further information and to obtain the printed catalogue, please visit www.siegelauctions.com 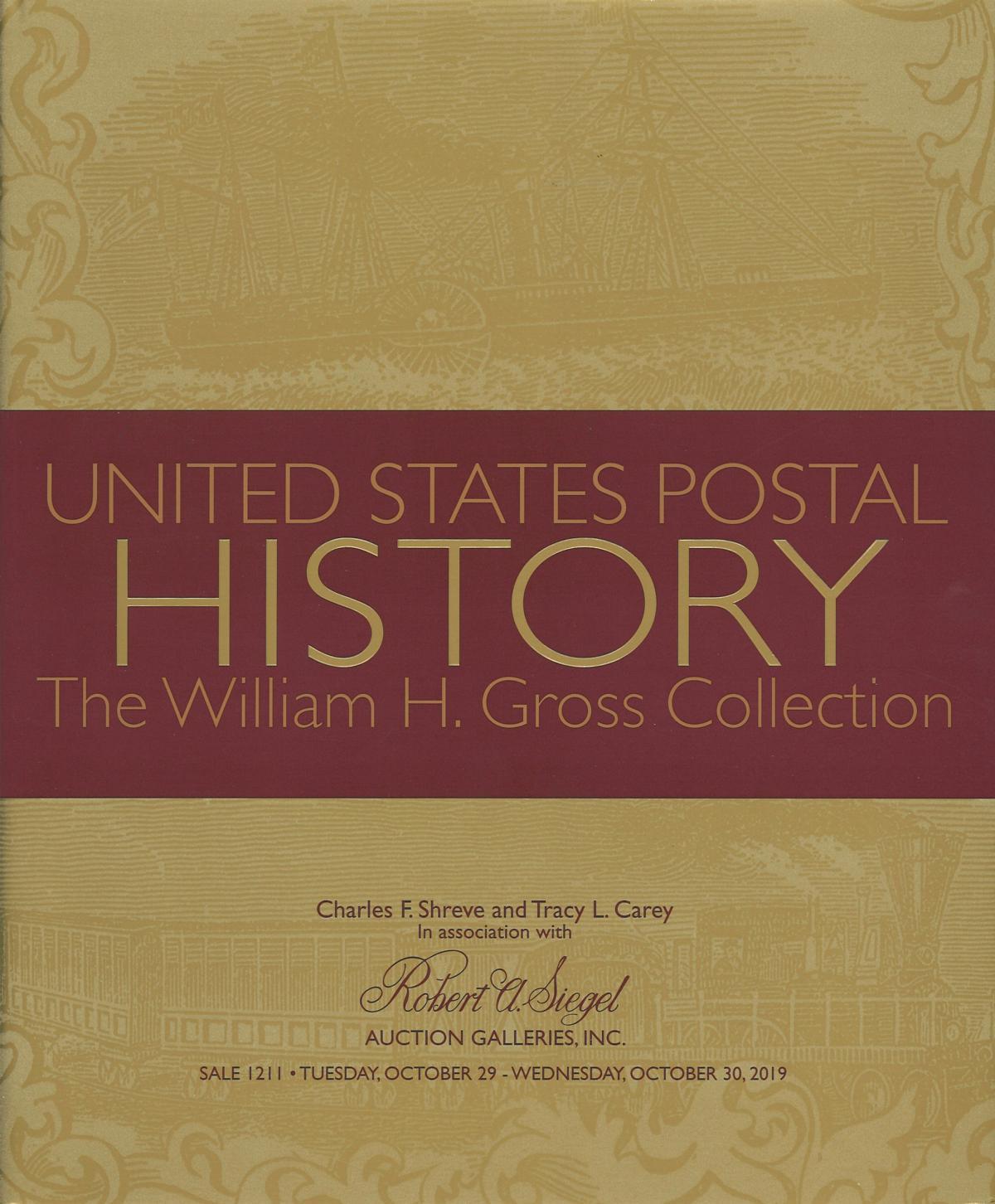