(pcp-wm) This study by the author, who died a few weeks ago, was recently published as Research Report 7 of the Research Association for India and South Asia in the BDPh e. V.

After Research Report No. 6 (“The Postage Stamps of Bhopal 1872-1908”), Birkens last work documents in a detailed account the stamps and postal history of the Indian princely state of Hyderabad.

This princely state was the second largest in British India in terms of area and the largest in terms of population and was ruled by a Muslim dynasty. At the time of its annexation to the Indian Union, the country covered 213,200 square kilometres with a population of around 18 million. The principality had been established in 1713 as a province of the Mughal Empire, and its governor Qamar ad-Din, who was called “Nizam al-Mulk”, declared independence in 1724. The last “Nizam” wanted to maintain his country as an independent state in the “British Commonwealth of Nations” after the end of British rule in 1947, but Indian troops occupied Hyderabad in 1948, which was finally incorporated into the Union on 1 September 1948.

In a detailed introduction, Dr. Birken goes into this in detail and illuminates the postal history and stamps of the country. Of course, he also devotes his attention to official stamps, postal stationeries and postmarks. Particularly helpful for the reader is a synoptic presentation of the catalogue numbers for Michel and Stanley Gibbons, as well as for the postal stationeries for Ascher and Higgins & Gage. 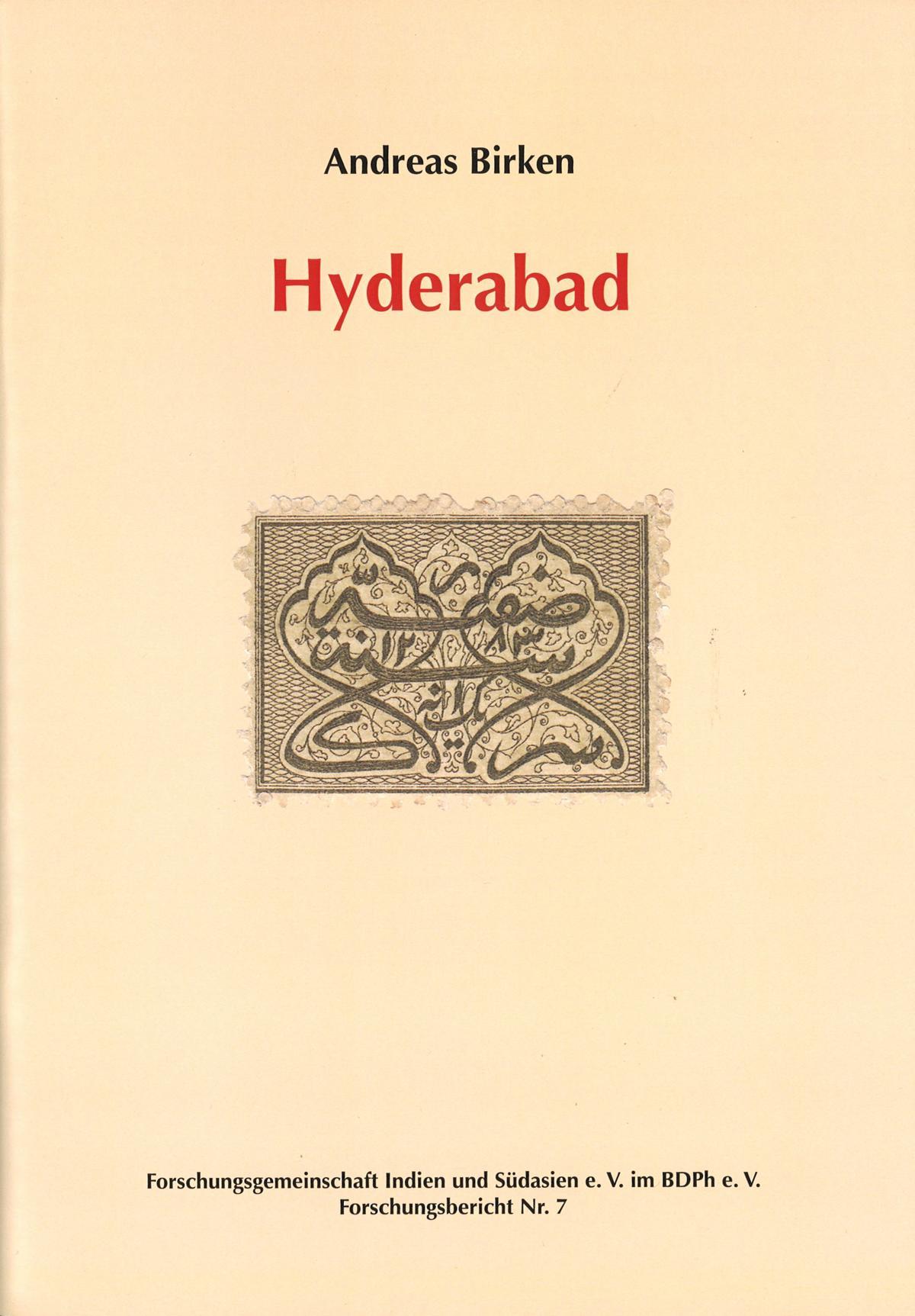