(pcp-wm) The Brazilian Everaldo Santos has been one of Brazil’s top exhibitors for decades, making a name for himself with big gold medals and Grand Prix awards.

In this book series, which has been published by the auction houses Heinrich Köhler / Corinphila since 2006, volume XXXVII already documented Brazil’s postal history from 1606-1877. Everaldo Santos followed this post-historical approach, but expanded it to include the whole of South America, which was undoubtedly another challenge for him.

His original path and approach was that of a typical country collector. First he collected (as a 7-year-old!) – like so many others – the stamps of his country, modern issues, then he immersed himself in Brazil’s stamps and specialized in them, thus arriving at the postmarks, the history of the country, the early issues, the pre-stamp era and postal history. Over the years he built up the largest and most comprehensive stamp archive on the country’s imperial period. Only since 2000 did he concentrate on the country’s entire postal history, for which his collection was honoured with the FIP Grand Prix in Jakarta in 2012. He then gradually began to expand his focus to include certain other countries in South America, resulting in a new exhibit documented in this book, which has already been honoured with large gold awards (with an additional prize of honour in Prague 2019) at exhibitions in Jerusalem, Prague and most recently at STOCKHOLMIA 2019.

Of course, Brazil is most strongly represented in this book, after all, with about 70 pages. But the other 160 pages contain selected covers from La Plata (Argentina), the North Atlantic coast, Colombia, Venezuela, British Guiana, French Guiana, Trinidad, the Pacific coast, Panama, Chile, Bolivia, Ecuador and Peru. The fascinating covers are illustrated in each case, the stamps are often additionally described separately and in their post-historically relevant context. Additional notes on the rarity of individual pieces make it easier for the reader to evaluate the items on offer. I am not aware of a second exhibit in this abundance that even comes close to this one. Anyone who wants to take a closer look at this topic of South American ship mail transport will not be able to avoid this book. 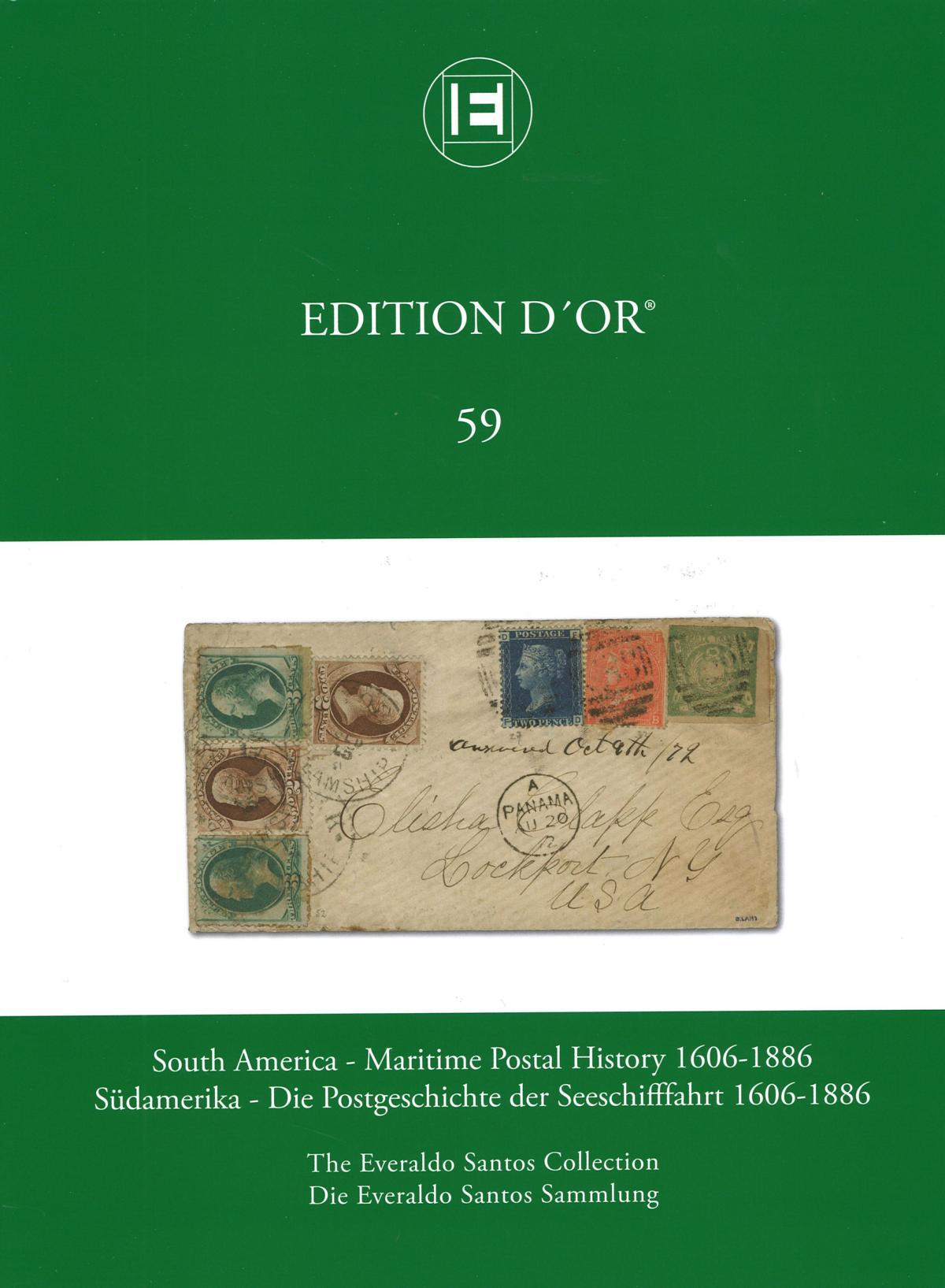