(AIJP-uk/pcp) In a ceremony during the Frankfurt Book Fair, the Schwaneberger Verlag was presented with the German Publishers Award 2019.

The jury led by literature critic Denis Scheck justified the award as follows: „With the MICHEL catalogue, the Schwaneberger publishing house has succeeded in maintaining its relevance on the world market and in adapting to the new conditions in a technically and communicatively completely changed world and even in using them for its own purposes.“
The Munich-based publishing house produces stamp catalogues that are market leaders in the German-speaking world and enjoy increasing popularity in many countries around the world. The starting point for this success is more than 100 years of tradition paired with the world’s largest specialist editorial team for stamp catalogues and investments in a database for stamps that is second to none.
The Deutscher Verlagspreis (German Publishers Award) is a tribute to the publishing house headed by Hans W. Hohenester for its contribution to the dissemination of knowledge about the cultural asset of stamps. The publishing house also supports young philatelic talents and important institutions for stamp collectors such as the Philatelic Academy of Bavaria. In addition, it is active in charity by supporting the socially disadvantaged.
Criteria for selecting the publishing house to receive the Deutscher Verlagspreis (German Publishers Award ) are its publishing profile, its cultural commitment, innovative and digital projects and the quality of its publishing work. Further information on the prize can be found at https://www.deutscher-verlagspreis.de/. uk 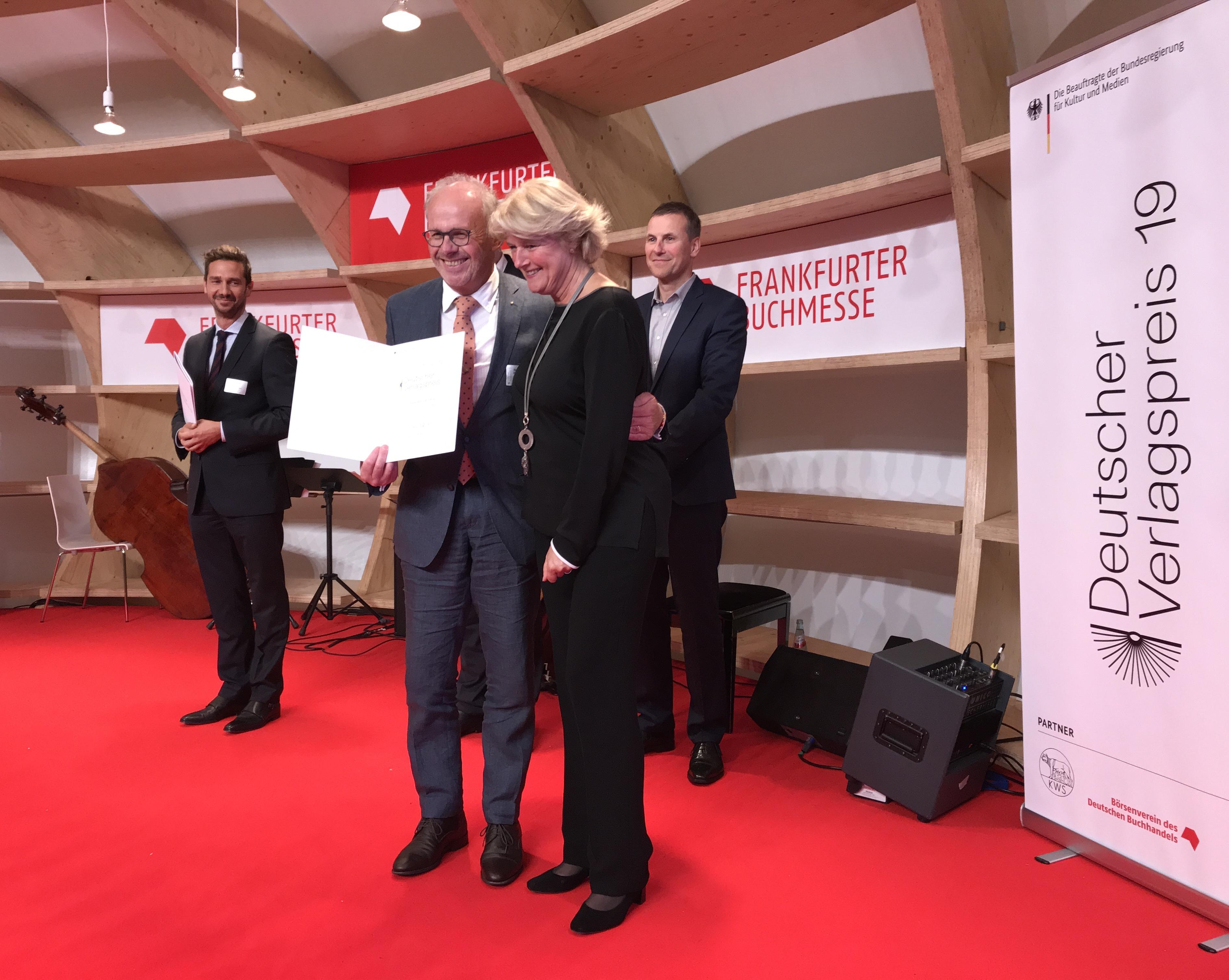