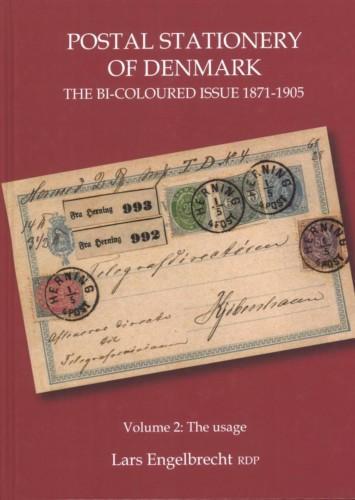 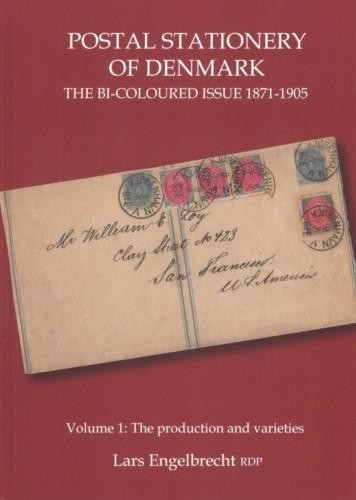 When we add up all the normal and the reply postcards, card letters and wrappers in the bi-coloured design, we arrive at just 21 issues. But they appeared at a time when industrialisation was gaining ground. Companies as well as private individuals demanded a cheap means of communication and made frequent use of it. This explains the incredible total circulation of this issue of over 70 million. When adding the long 34-year-period of use, this is almost an invitation to take a closer look at the material.

However, the way Engelbrecht who signed the “Roll of Distinguished Philatelists” in 2016 approaches the subject, how he evaluates and presents his research, is unparalleled and cannot be surpassed in broadness and thoroughness. The table of contents is divided into an incredible 461 chapters and sub-chapters as well as appendices. There is not a single aspect that he omits, not one category for which he does not provide in-depth additional information such as delivery figures of the various postal stationery forms from the Thiele printing works broken down by date, information on the number of pieces known, the earliest date of use of a certain variety, the year and month when in printing the shade of a colour was changed… Quasi as a bonus, he refers to supplementary literature.

Volume 1 – 416 pages! – deals with the production of postal stationery. In addition to all possible essays and proofs, he presents about 900 varieties, of which he discovered about 700 himself. Every detail, no matter how small, is accurately described and illustrated, whether it ornamental bordure of the postal cards, the perforation or gumming of the card letters or even differences in the spacing of the lateral lines in printing sheets of wrappers.

Volume 2, which is just as extensive, concentrates on the use of postal stationery. Now it is about postage, additional frankings, postmarks of all kinds, adhesive labels for parcels, insurance, COD, registered mail, furthermore handwritten notes, and all this again in incredible variety and breadth. One example for many: In “Special frankings” Engelbrecht shows the issue in mixed franking Skilling/Øre, with additional franking of private postage stamps, perfins (unique), postal stationery cut-outs, a bisect with cancellation from Thorshavn/Faroe Islands, Christmas and Cinderella stamps as well as postage due stamps from Brazil, the Danish West Indies and the Netherlands, among others. He also presents private overprints, divided into those with and without illustrations, and even a children’s post letter card that was correctly franked and sent without objection (unique). At the end of the volume there are no less than eleven appendices, including an overview of current market prices.

Even the most advanced postal stationery collector or specialised postal historian will expand his knowledge with the help of this encyclopaedic reference work. Several subject and place indexes as well as frequent cross-references within the explanations on individual postal stationery items facilitate the search. The author has invested almost forty years of intensive collecting and research in building up his collection – with a few exceptions, all illustrations draw upon his own material. His treatment sets standards and will serve as a model for decades to come.

Binding, layout and image quality of both volumes as one could only wish for! A nice marginal detail: Engelbrecht signed his preface on 1 April 2021, exactly 150 years to the day after the first bi-coloured postcard was issued. Bravo and congratulations on this epoch-making achievement!