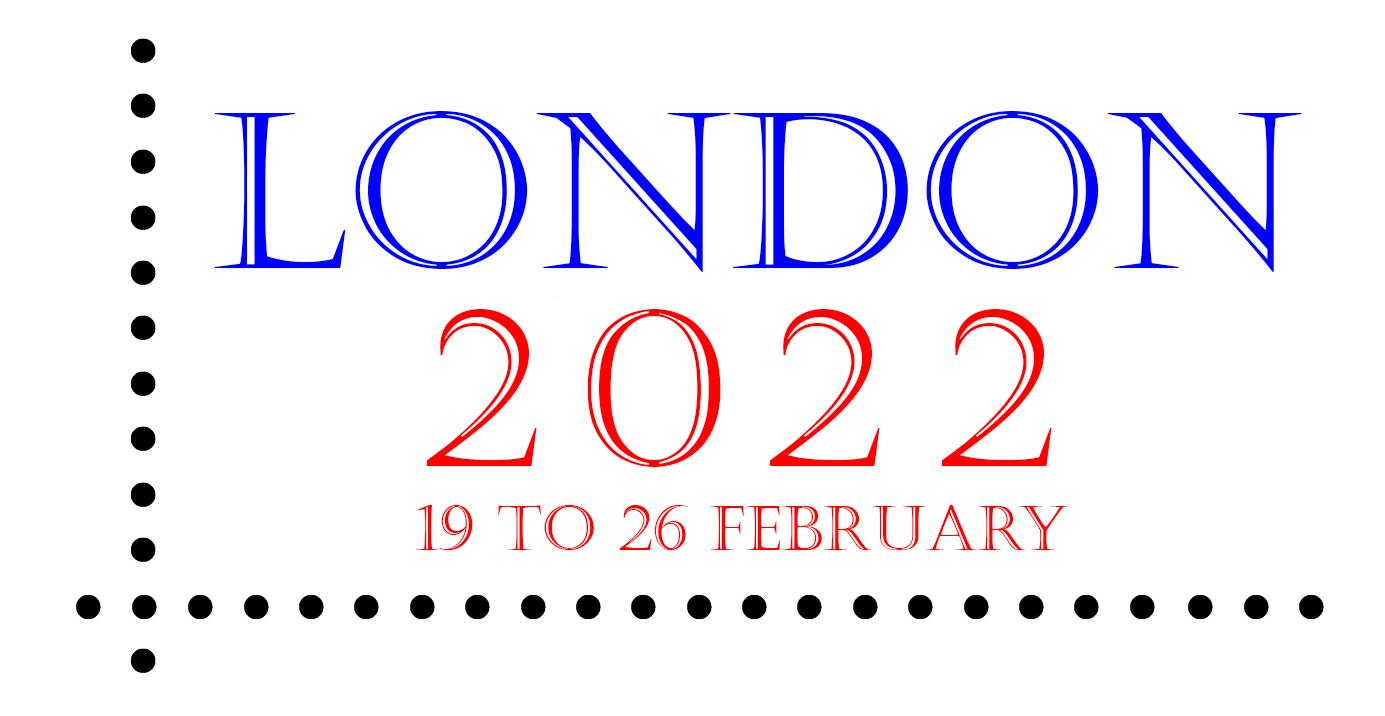 The UK Government has made several important changes in the last week regarding COVID-19. The stance taken, particularly in England, is to acknowledge that the virus is here to stay, and that society must adapt to learn to live with it. Just about all large-scale events are now happening, but with some inevitable safeguards. Particularly relevant is the fact that later this month Stampex International is back as a face-to-face exhibition and bourse at the same venue as London 2022. The UK has now very much simplified its listing of overseas countries regarding travel arrangements with just two statuses: ‘Open’ and ‘Red’. There are currently very few ‘Red’ countries, and double-vaccinated visitors from ‘Open’ countries are welcomed into England with minimal testing and no isolation requirements on arrival.

Of course, we recognise that a small number of national commissioners will still face difficulties with planning their travel. The Commissioner General will be writing to everyone shortly explaining the extra options we are planning to make it possible for everyone who has entered to still take part. The current UK Government guideline for arrivals into England can be found at UK Border Control Rules. It is recognised that the countries on the UK ‘Red’ list are changing frequently, normally to remove countries from the list. See the official UK Government Red List. All of these positive moves allow the Organising Committee to be very confident that London 2022 will happen.

General After four years of hard work, John Jackson will be standing down as Commissioner General for London 2022. John will be staying on the Organising Committee to share with us his experience of dealing with our international friends. I’d like to thank John for all his efforts so far: he has sent/received literally thousands of emails! To replace John in this key role, I’m pleased to able to announce that Mike J.Y. Roberts has agreed to step up from his role as UK Commissioner. In Mike’s stead, Kim Stuckey will take over as UK Commissioner.

London 2020 / London 2022 was always intended to be a literature friendly exhibition, with a low frame fee and only one copy of each book required by the jury. This stance led to a huge list of applications: there are 283 paper entries and 43 digital ones. This total of 326 is possibly the largest number ever at an FIP exhibition. Can anyone recall seeing a higher number? New applications are now closed. The literature team on the jury have a lot of work to do, so will be starting now to review the books and prepare to award medals. The digital entries are being assessed this month, and the literature jury team (which has people from five different countries and a wide language base) will be physically meeting in London at the end of this month. As with all FIP exhibitions, the results will be ratified by the full jury during the exhibition itself, so no results will be announced until February 2022. A full list of the literature entries is available at www.london2022.co/literature.

Booths which were returned after the original deferral of the exhibition continue to be re-sold. If you are at all interested in taking a stand, or indeed if you initially withdrew but now want to attend, have a look at the latest position on the website www.london2022.co/floorplan to see what is currently available. Please contact boothsales@london2022.co for further information if you are interested in taking a trade stand.