Thanks to his profound expertise and his extensive special collections which have been awarded the highest prizes, Serge Kahn is a polar philatelist of international reputation. He has also rendered great services to polar philately in general with lectures on the subject worldwide, including at the renowned Collectors’ Club of New York (available at https://vimeo.com/157627311). In 2009, he organized in Mâcon, with almost 3000 frames, the first exhibition dedicated exclusively to polar philately which was followed by others in Europe at regular intervals, and he has published five books on his favourite polar pioneer Jean-Baptiste Charcot.

Kahn had the great privilege of meeting some of Charcot’s expedition companions personally, as well as Marthe Emmanuel, who was Charcot’s collaborator in the Society for Geography for over ten years. Kahn undertook several journeys in Charcot’s footsteps to Antarctica and the northern polar regions. And last but not least, he gained access to the family archives, which gave him the most intimate insight into the work of the great polar explorer, whom Robert Falcon Scott called “the Polar Gentleman” in appreciation of his human qualities.

For his most recent publication, Kahn chose an approach that was as original as it was unconventional. Charcot maintained an extensive correspondence that did not stop even during his research voyages. The author now follows him day by day on his Antarctic expeditions of 1903-1905 and 1908-1910, insofar as these can be documented by postcards and letters. The items bear stamps and postmarks from places at the edge of the world. When the occasion arose, however, they were also entrusted to the captain of cruising whaling vessels in the absence of other possibilities. The author has compiled several hundred documents – the fruit of a lifetime of passionate collecting and research – in a colourful picture book, interspersed with countless contemporary photos and postcards. With scientific precision, the author provides illuminating background information on each document. Where necessary, he transcribes the card texts and, of course, adds philatelic explanations of the covers.

The reader can hardly escape the magic of the cards and pictures. He is amazed, learns, begins to dream and is impressed by how far philately can take him.

Charcot’s scientific achievement was epoch-making. He explored and mapped thousands of kilometres of coastline with impressive precision that lasted for decades and he gave countless bays, mountains and capes their names. The appendix of the book contains a list of all the geographical entities that Charcot baptised. The list includes no less than 504 names!

The presentation of the book is of the highest aesthetic quality: cover, layout and image reproduction are of the finest! Like the content, the overall impression also convinced the European Academy of Philately (AEP). It awarded Serge Kahn for his magnum opus the literature prize for the year 2021. 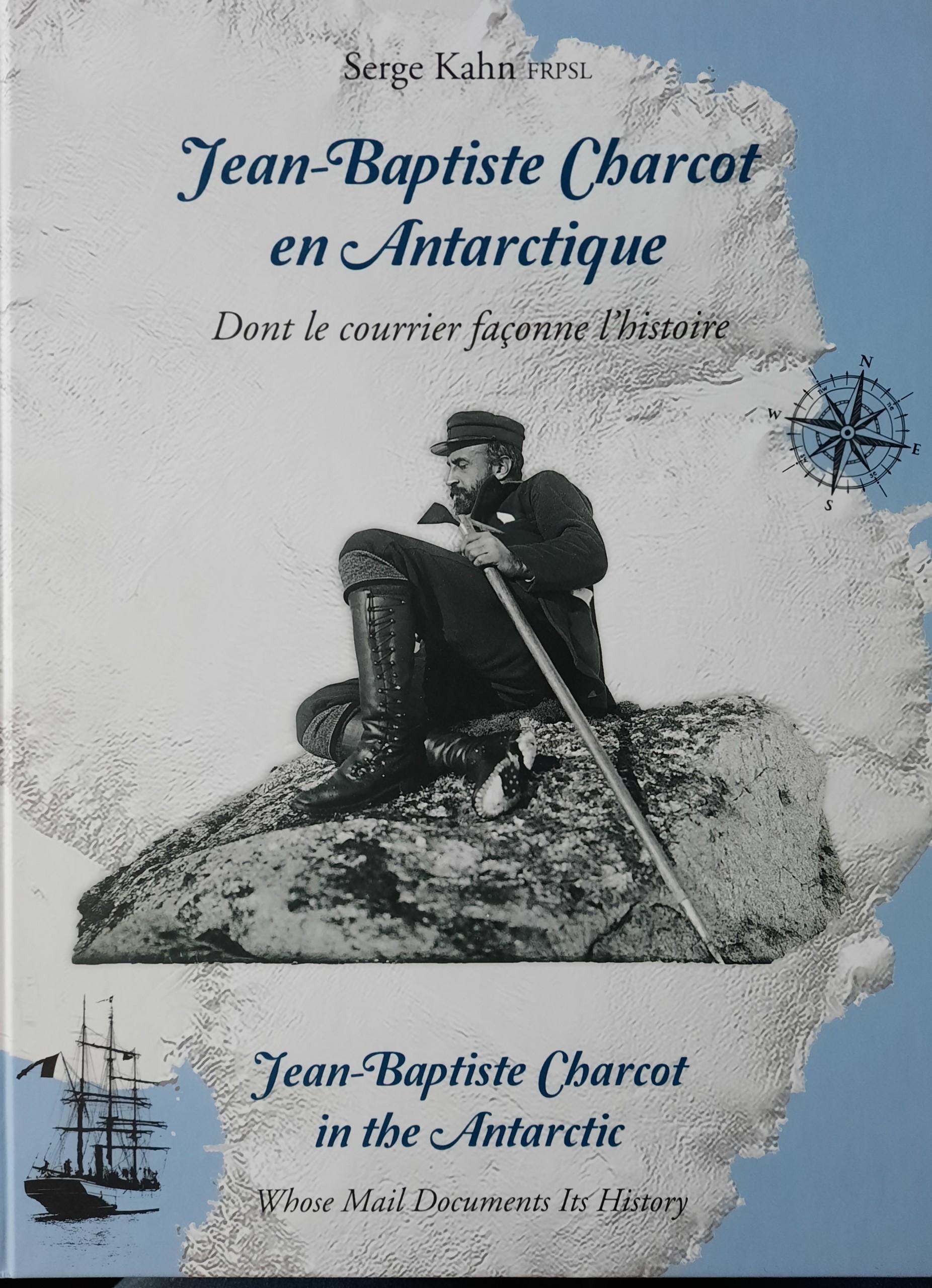 ← New book: La désinfection du courrier en France et dans les pays occupés. Histoire, règlements, lazarets, pratiques by Guy Dutau "If you have a garden and a library, you will want for nothing" (Cicero) →