“If you have a garden and a library, you will want for nothing” (Cicero)

A philatelic library was lacking in the north of Germany – until idealistic, far-sighted philatelists from various Hamburg collectors’ clubs decided to pool their book collections. In January 1971 they convened to hold the founding meeting of the Philatelic Library Hamburg.

But the founding of the library alone was not enough. In order for it to function, a non-profit association was set up to carry out the day-to-day work. After all, the richest library is of no use if it is not well organised and regularly accessible. Since then, the library has been run on a voluntary basis, financed by donations and the contributions of an association that today has around 250 members.

The library’s collection has been growing continuously. The number of reference books now amounts to more than 28,000 titles; in addition, there are catalogues, handbooks, exhibition guides, auction catalogues and more than 7,500 volumes of German and foreign language journals. One focus is on the newsletters and special publications of the study and thematic groups. In 2012, Hamburg became the first German library to upload its entire holdings, which had been professionally recorded since the 1990s, to the Global Philatelic Library. Constantly suffering from a lack of space, the library had to cope with several relocations. It was dealt a heavy blow in December 2014: the loss of financial support from the Foundation for the Promotion of Philately and Postal History at the beginning of 2015 shook its foundations. It survived the crisis thanks to Hanseatic prudence and broad membership recruitment. And so, on 29 May, the association’s chairman Oliver Weigel was able to proudly toast the past successful half century with 150 guests.

Friends and members had prepared a special gift for the birthday: a commemorative publication that starts by presenting a lively chronicle of the library with historical documents and photos. This is followed by contributions prepared by 42 philatelists, which “on 84 pages provide insights into a wide variety of different fields of interest”. The palette could hardly be more colourful and varied! Here are just a few representative titles. Gertraud Lange gives her thoughts on the Braunschweig stamp MiNr. 9. Rudolf Buschhaus reflects on “The book as a collector’s item”. Dr. Eckhart Bergmann comments on the fascination of researching covers. Prof. Dr. Michael Bockisch, while studying picture postcards, comes across a “Minister and the too frivolous maison de plaisance of the Habsburgs”. “Two interesting picture postcards from 1914 from Cameroon” are commented on by Peter Giese. Horst Driesen deals with the “Mexico Handbook by Samuel Chapman”, and from his research of primary sources, Hans-Joachim Förster is familiar with the “Former arduous search of archival files”.

The upright attitude of an intrepid club chairman is highlighted by Dr. Hansjürgen Kiepe in his article “Richard Renner and the Hamburg Stamp Clubs in the Third Reich”, and Georg Mertens expounds at great length on “The Introduction of the French State Post”. Hans-Joachim Schwanke presents his collecting field of “books with firmly pasted stamps”, while his wife Sabine’s essay ” Clothes for the Queen” sheds light on the background of an early Hanseatic business letter of 1595 from the Corsini correspondence, concerning a delivery of bales of cloth to Queen Elizabeth I of England. But there are less royal topics as well to read about: a rare perforated Bavarian private postal stationery, the “Introduction of Berlin Relief Stamps” or “Sheet Sizes of Philippine Stamps 1886-1898”, “The Occupied Channel Island of Alderney 1941”, the “Postal Savings Book used during Field Service” and the “Berlin Packetfahrt Gesellschaft”. Thomas Schiller tells with pride and joy how via the internet he unearthed the lost first address book of European stamp dealers compiled by Chr. Mann jr. in 1864. A record-breaking document is presented by Eberhard Protz: “504 stamps and one letter”. Finally, we find Lutz Hohensang “On the trail of forgeries”.

Crystal-clear pictures illustrate the essays and make a significant contribution to the reading pleasure. In short: this great anniversary birthday cake of the Philatelic Library Hamburg should not be missed. Such treasures are rarely served! 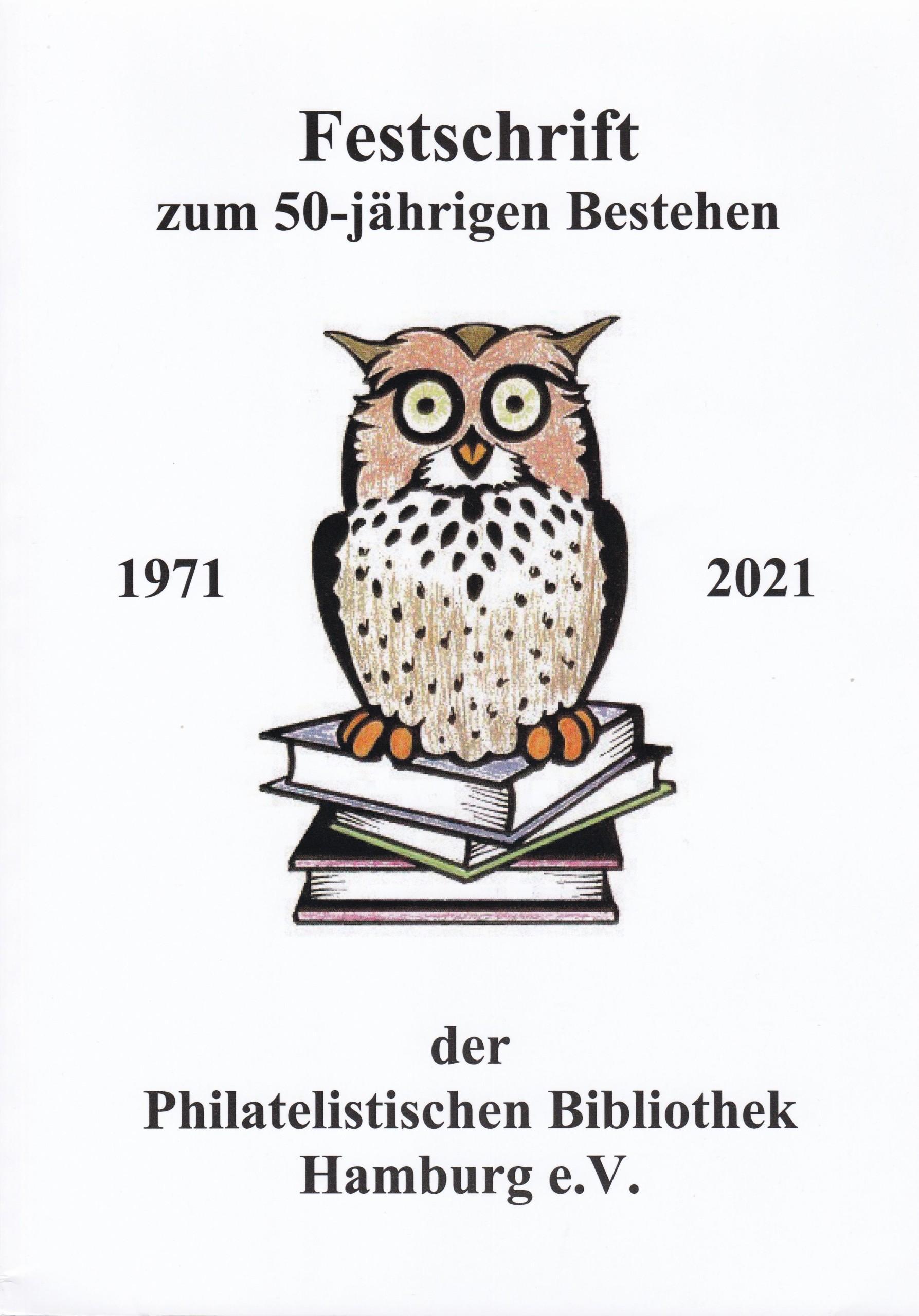