The bi-coloured postal stationery of Denmark emerged in a period when “industrialization really took hold” as noted by the author (p. 22). Companies needed a means for fast and cheap correspondence, and this was achieved with postal cards. The general public used them for exchanging daily news with their relatives and friends. No wonder that some postal cards were printed in millions, and the total print of the bi-coloured postal stationeries exceeds 70 million!

Lars Engelbrecht RDP FRPSL needs no introduction. He is one of the top line philatelists and jurors in the world. This work is based on his almost 40 years of collecting and research. Now he has squeezed all this knowledge to a massive 848 page two volume A4 size book.

The purpose of the book is to help a collector to “analyse all aspects of the bi-coloured postal stationery” (p. 15). This task is fully accomplished, I cannot imagine any aspect missing. This leaves future collectors little else to write about this topic. Of course, new earliest usages or single new varieties might be found, but the basic work is now done.

Lars has intended this book as a reference work. Therefore, everything is written down in a very structured way. This can be seen in the detailed version of the Contents, which has 461 chapters and subchapters including Appendices and takes not less than nine and a half pages. Volume 1 of the work concentrates on the production and varieties of the postal stationery while volume 2 covers the usage “including rates, frankings, postal markings, manuscript markings etc.” (p. 15).

Comprehensiveness is the greatest asset of this book. It functions very well as a reference work, and it pleases even the toughest postal stationery expert. Every possible detail of the bi-coloured stationeries is described in text and shown in images. Every single item can be inspected thoroughly with this book.

The amount of research behind this book must be massive. Just imagine, that Lars has been able to identify and describe about 900 different variations of the stationery, and give 461 earliest recorded usages of different variations, if I counted them right. All this is done with the greatest accuracy.

This book does not only show Lars’s ability to conduct research and get results. It also shows the quality of his exhibit. Practically all images of the postal stationery are from Lars’s collection. He has examples of all possible essays, proofs, varieties and postal historical aspects of the stationery. No wonder his exhibit has got several large gold medals in international exhibitions.

This type of very comprehensive reference work will find its way to the bookshelves of specialists, but it should also give something to average readers as well. This dichotomy raises some questions, the main one being, to whom this work is aimed for.

The book tries to take into account all types of readers. However, the first two chapters, which give a general introduction to postal stationery end especially the bi-coloured stationeries, are fragmentary, and some of the information is repeated in later chapters and Appendices. For example, the design of the first postal cards is introduced in Chapter 1, but also in Chapter 4.11, and lists of earliest recorded usages are given in Chapter 3 and a more thorough version in Appendix 2. In addition, the first chapters contain several references to further chapters, which I always find confusing. This may leave an average reader a bit puzzled with the structure of the book.

Having said that I have to admit, that the logic behind the structure opened up after a few readings. Every needed piece of information is in the book, it just takes some practice to find them. Actually, the book helps a reader to find information in several ways. The Contents pages are very helpful in locating a certain type of postal stationery. There are several indexes at the end of the book, as well as a comprehensive reference list for additional information.

This book fills in a big hole in the literature of the Danish philately. As Lars points out in page 15, the bi-coloured stamps have been very well described on several books, but postal stationery only in a few articles and catalogues. So, Lars has done a great cultural job. The more so, when he has been able to sign the Preface on April 1, 2021, exactly 150 years from the inauguration of the first Danish bi-coloured postal card.

To conclude, this is a fine example of the way the most important issues of each country should be handled. I congratulate Lars for his long, and still continuing research career as well as the ability to collect his results into this excellent book! 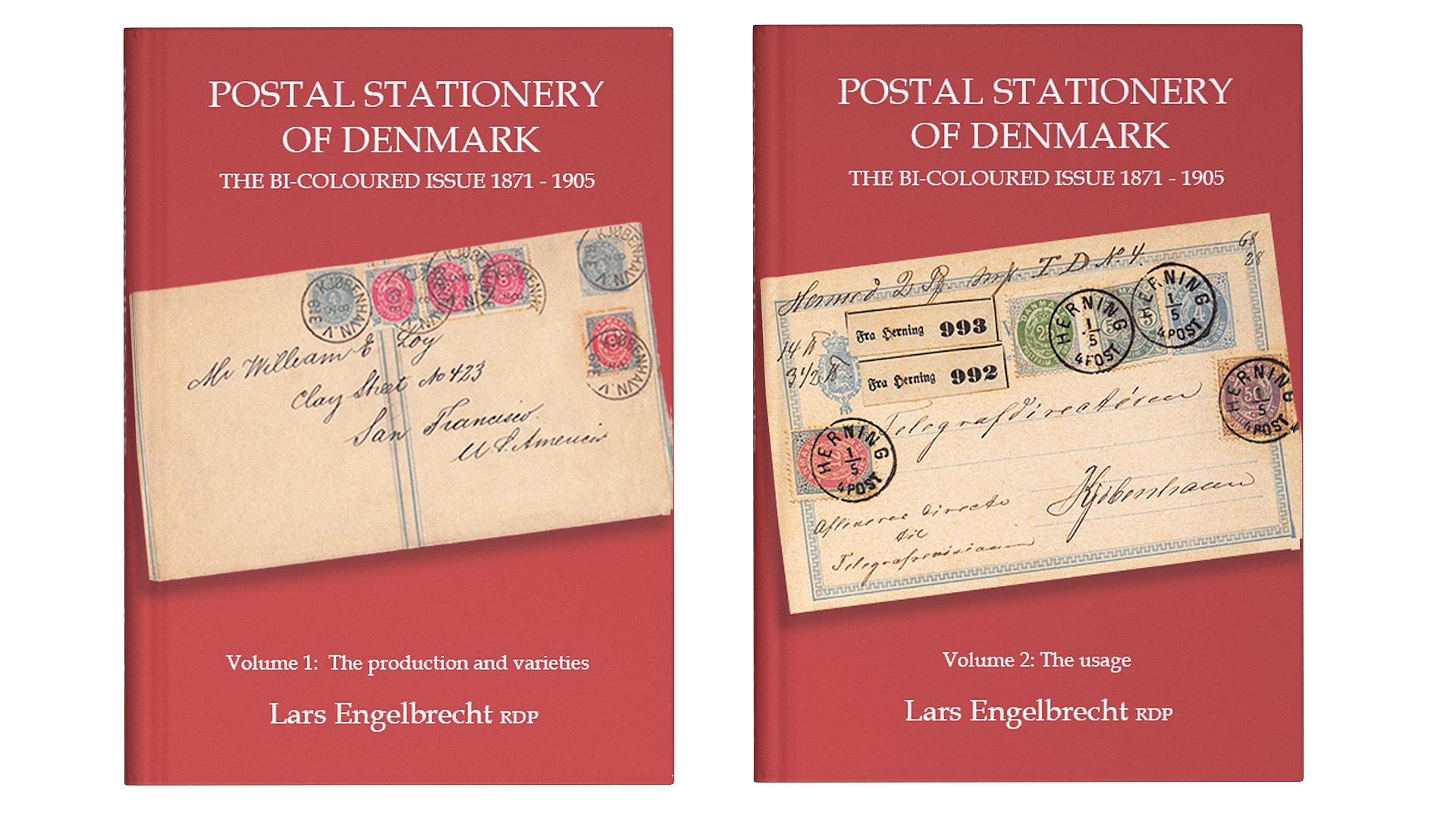 ← "If you have a garden and a library, you will want for nothing" (Cicero) Abishek Bhuwalka presents biographical interview with AIJP President Wolfgang Maassen →