Freedom of the press – a precious commodity

(aijp/pcp-wm) On 2 January 2020, Deutsche Post issued a special stamp on the subject of “Freedom of the press”, which was long overdue in view of the events taking place around the world.

Year after year, journalists are hindered, persecuted, arrested and convicted in the performance of their work – often without any constitutional procedure or comprehensible justification. The AIJP, the World Association of Philatelic Writers and Journalists, condemns such events in every possible way and reaffirms its goal that journalists should be able to work freely and unhindered. A “free press” is a great good that must always be claimed, even in so-called democratic states – and is often in danger there too.

Torsten Berndt, editor-in-chief of “Briefmarken Spiegel” and member of the AIJP wrote about the motive of the stamp in his editorial for the January issue: “The motive now presented reminds of those really or seemingly powerful people who like to hide behind thick walls, through which no critical questions are supposed to penetrate nor the answers. He also sends the editorial staff the first-day cover of this stamp, whose design strikingly highlights the urgency of this issue. 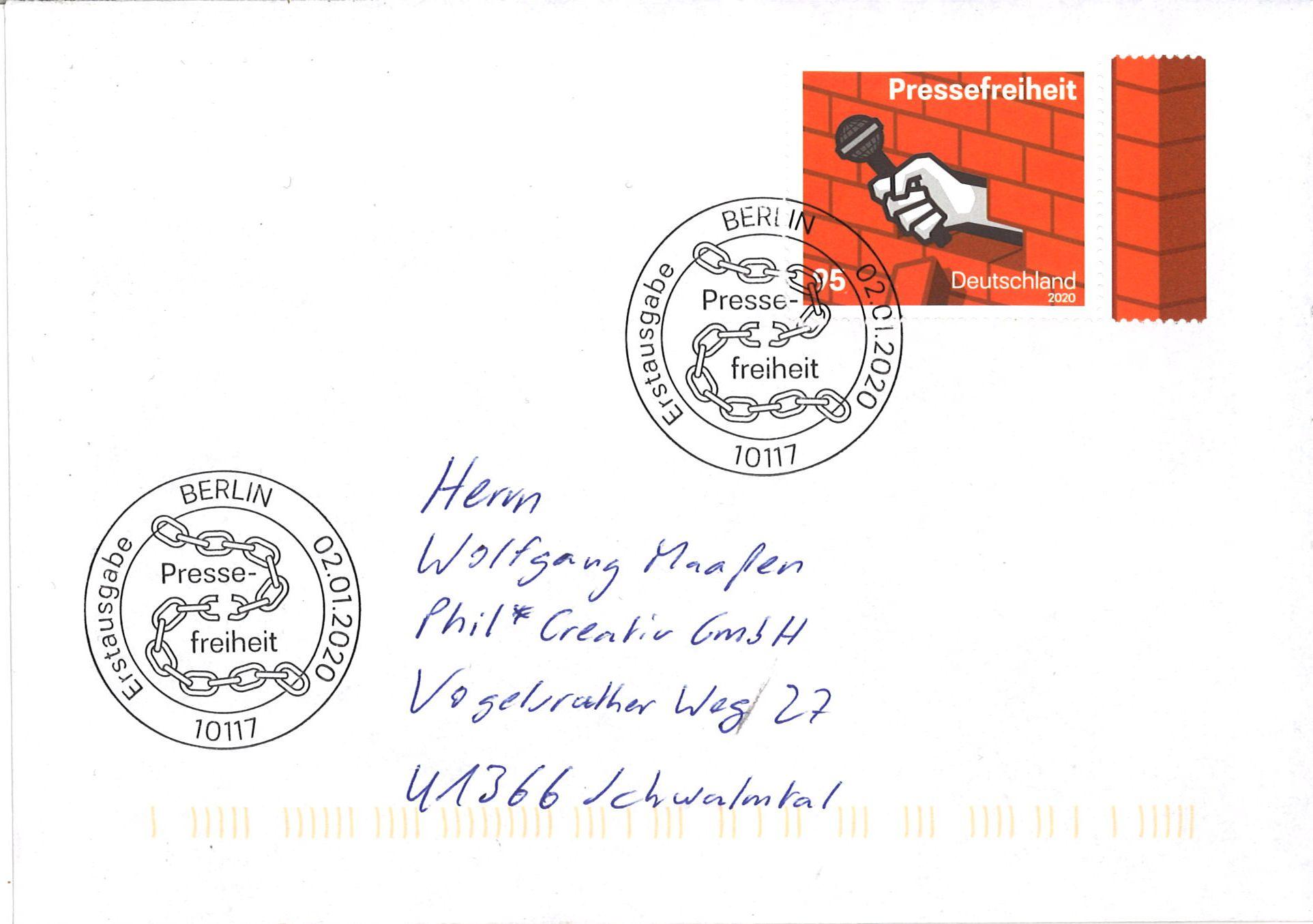