(pcp-wm) In April and July 1994 Dr Wolf Hess published a postal history of London in two parts. At that time he stated that this publication was the first in German language on this highly complex subject.

It was the result of Hess’s own long years of study of the postal history of London, a cosmopolitan city that fascinated him and from which a collection worth seeing emerged. This collection has had considerable success at national and international exhibitions, which has further encouraged him to retain his knowledge and pass it on to like-minded people.

What he could not have foreseen at that time was the fact that – at least in German – his work has not yet found any significant successors. The study, which was printed in a small edition by his own publishing house at the time, was quickly sold out and has hardly been available anywhere since. Today, many years later, this work – now enriched by a copy of Dr. Hess’ earlier exhibit – deserves documentation.

In two parts of the hardcover book of more than 330 pages, the General State Postal Service (domestic mail until 10 January 1840) and the local mail from 1680-1840 are treated. Individual chapters are dedicated to the birth of the English postal system, the development from 1635 to 1660, and then the subsequent reorganization and the various postmarks of the domestic mail are documented in detail.

This observation is so fascinating that the idea of an inexpensive reprint of these studies was obvious. A new book version, perhaps in colour and extended form, was not possible, because the former collection is long gone. This reprint therefore reproduces the original publications, which appeared in two print formats, and this with the technical limitations of the reproduction possibilities of the time. More important than high gloss and colour, however, is probably the lasting value of the content, which can be seen, among other things, in the post-historically significant explanations of Dr. Hess’ earlier exhibit. 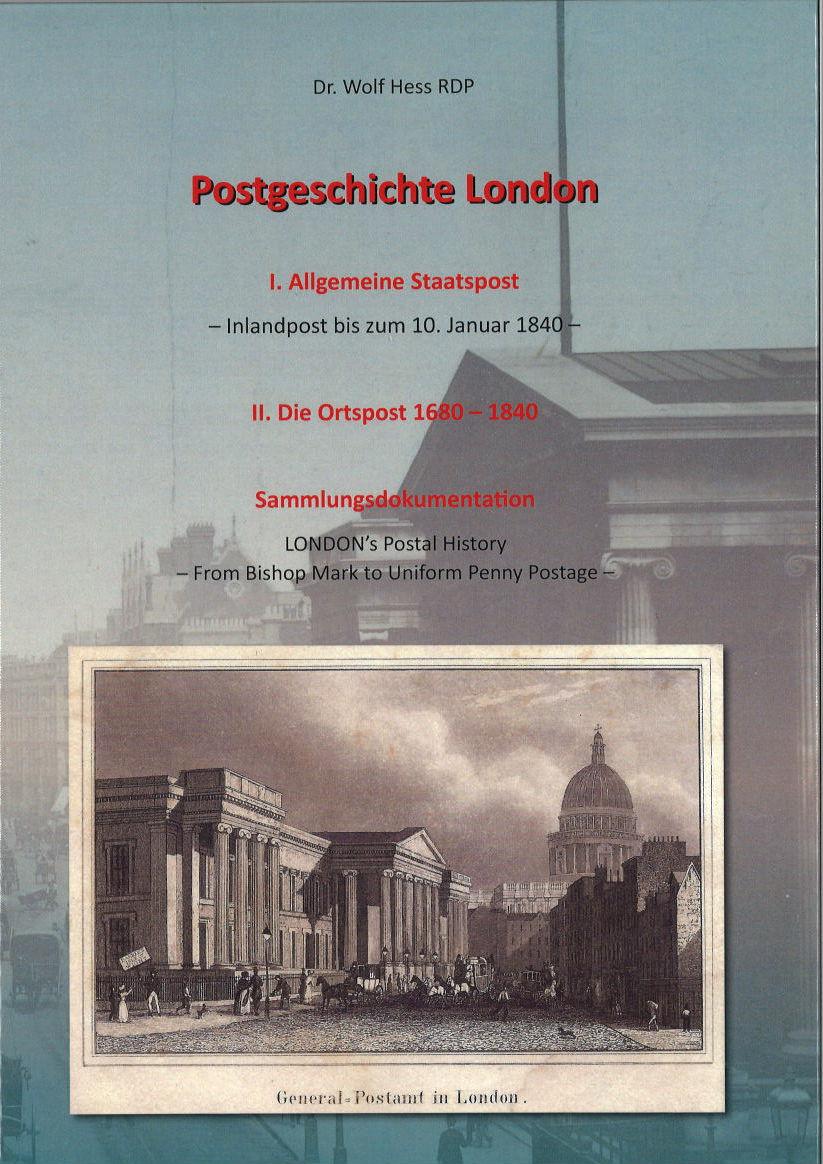