(pcp-wm) Roland Meiners, owner of the Cologne auction house Dr. Wilhelm Derichs, is well known for his unusual forewords, as well as for his unusual “accompanying actions”, which often provide topics of conversation even in insider circles.

This time the active auctioneer focuses his attention on a technical contribution of eleven pages, which is contained in the middle of the main catalogue. The theme is “Hitler’s Millions” and it deals with the origin and use of the funds that filled the private coffers of the Führer in the Third Reich with stamps and postal stationery, but also with other donations. Written by the philatelic historian Wolfgang Maassen, the reader learns a number of numbers and numerous facts that he is unlikely to know until today. The technical contribution, which goes back to an idea by Roland Meiners, was written exclusively for this catalogue and published there for the first time.

In his foreword, Meiners presents this article as something new for the sector and writes: “We see this article as a contribution by us to research into the history of philately. It is possible that we will repeat this in the future. That also depends a little on your response. Tell us how you find the article and whether you like this approach to ameliorate up our catalogues”. – It only remains to be hoped that Meiners will receive numerous resonances. And if you would like to receive the catalogue rather than just read the article, please contact Dr. Wilhelm Derichs, Tel. 02 21/2 57 66 02, e-mail: derichs_gmbh@web.de . 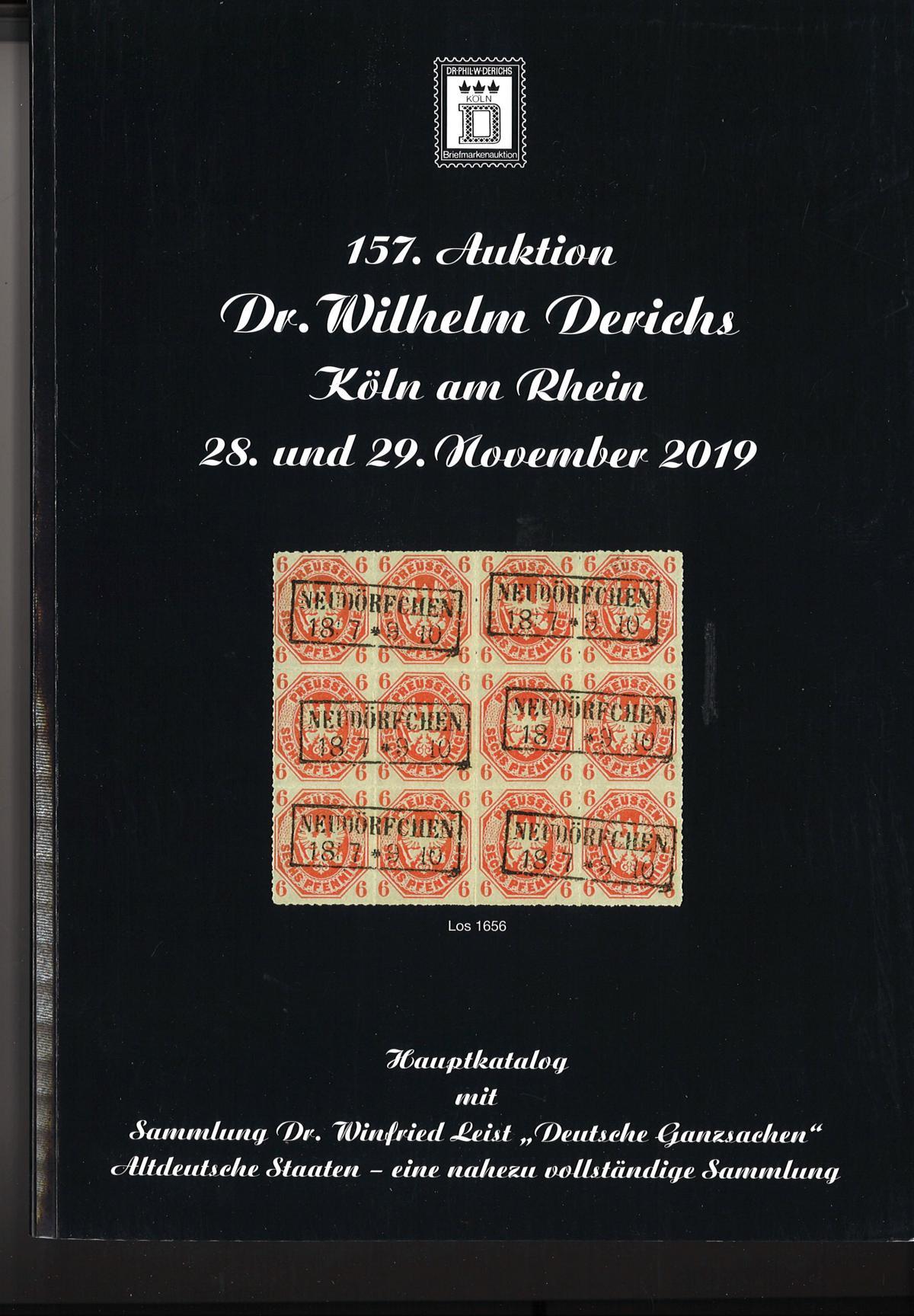