(pcp-wm) Memelland has a very eventful history. Since the introduction of stamps in 1850 it was Prussian, then from 1871 it belonged to the newly founded German Reich.

After the First World War it was under French mandate for a short time, was then occupied by Lithuanian until it finally became Lithuanian. Under the pressure of the German expansion policy, the Memel region became part of the German Reich again in March 1939. After the Second World War, it belonged to the Soviet Union and today, after the collapse of the Soviet Union, to Lithuania. This whole story can be seen in the letters and documents from this collection, which was built up by Dr. Hans-Christoph von Leindeiner over many years.

265 lots are offered. Some are rare letters, but many are collector’s lots, which are offered alphabetically by locality. In this abundance such interesting material was hardly ever to be seen at an auction and even auctioneer Roland Meiners tells that von Lindeiner built up over the decades the probably most extensive post-historical collection of the Memelland, which existed until today. Unusual collective lots belong to it, like e.g. Memel-Vorphilatelie starting from approx. 1600, which is documented with approximately 180 documents. But also an untouched Memel stamp special collection of issues from 1920-1923, etc. left untouched. Interested people should definitely visit this collection. 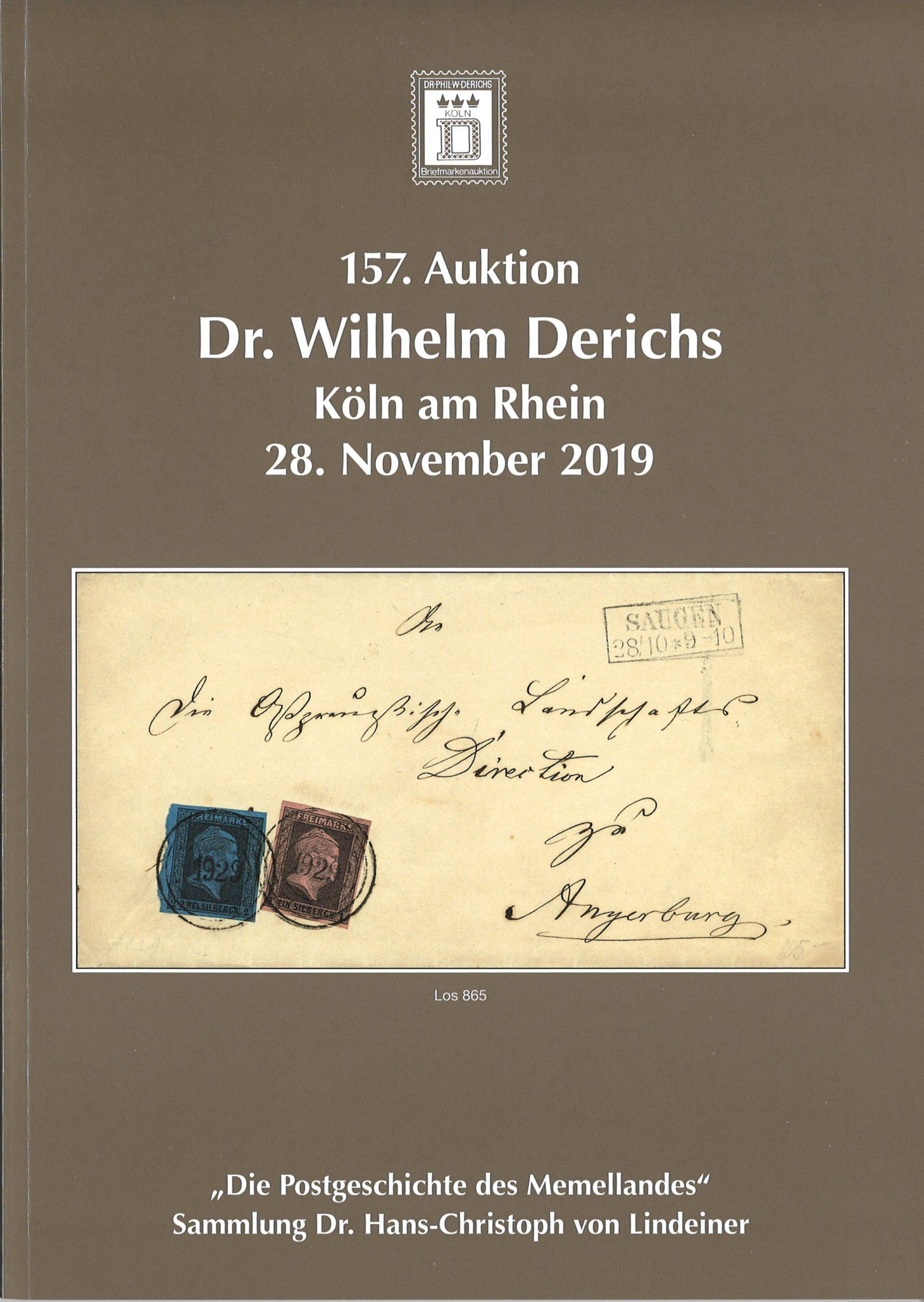