Recently, there has been an increase in the number of important works in which the existing and/or well-known frankings from the early period of philately, the so-called ‘classic’ philatelic period, are recorded and listed. Today, the computer makes it easier than ever to put such projects into practice, even though years and sometimes decades of research are required to compile such works. For collectors and dealers alike, these sometimes even multi-volume books are valuable sources from which they can obtain countless details about the rarity or frequency of certain franking combinations.

Ray Simpson and Karl Louis jointly embarked on this project for British mixed frankings of the Victorian era, and in the process a large-format 273-page book was created, containing an infinite amount of individual information, mostly in tabular form.

The starting point for this impressive work was the card index (not digitized!) built up over decades by Karl Louis, the well-known Great Britain expert and BPP examiner. Up to 100,000 (!) items of British philately are listed and meticulously traceable in it with brief information. From this, both authors developed a concept of processing that is of interest to postal historians as well as to traditional country collectors. In 16 individual chapters they deal with all the issues and individual stamps, even the postal stationery items that have appeared in Great Britain since 1840, and for each stamp they show possible mixed franking combinations, their destinations and estimates of rarity, amounting altogether over 1,200 covers! Indirectly, the postal history of the British postal system is also made very clear, because these stamps changed colours and appearance over the decades of Queen Victoria’s reign, thus clearly reflecting the progress in the postal system.

The last additional chapter (17) introduces the approach to the valuation of this material; the individual valuations are given in the table. Collectors and dealers should pay special attention to this chapter. The authors have come up with an unusual system for the valuations that have been made, which came about after a long discussion, also with other experts. The rating figures are based on the Stanley Gibbons rating for a normal franking, which can be found in the SG specialised catalogue. For a mixed franking, the valuation of the most valuable stamp on the cover was taken as a basis and a multiplier was added to it, so that the reader is given a valuation that is based on the same catalogue. This also makes it clear how rare a mixed franking is compared to the normal single franking on a cover.

Countless letters and covers of all kinds – there are probably over 400 – are not only listed and assessed in detail, but also illustrated in colour, with the sources of the originals being mentioned. The wealth of knowledge and information is truly staggering and in this form it is unique. The book is a tribute to the magic of classic philately in Great Britain, a tribute that is well deserved.

The book is available for 75 GBP (plus postage: Europe 12 GBP, USA 28 GBP, rest of the world 19 GBP) from the publisher MJ Publications. See website: http://www.mjpublications.com/ with the option to order by email. 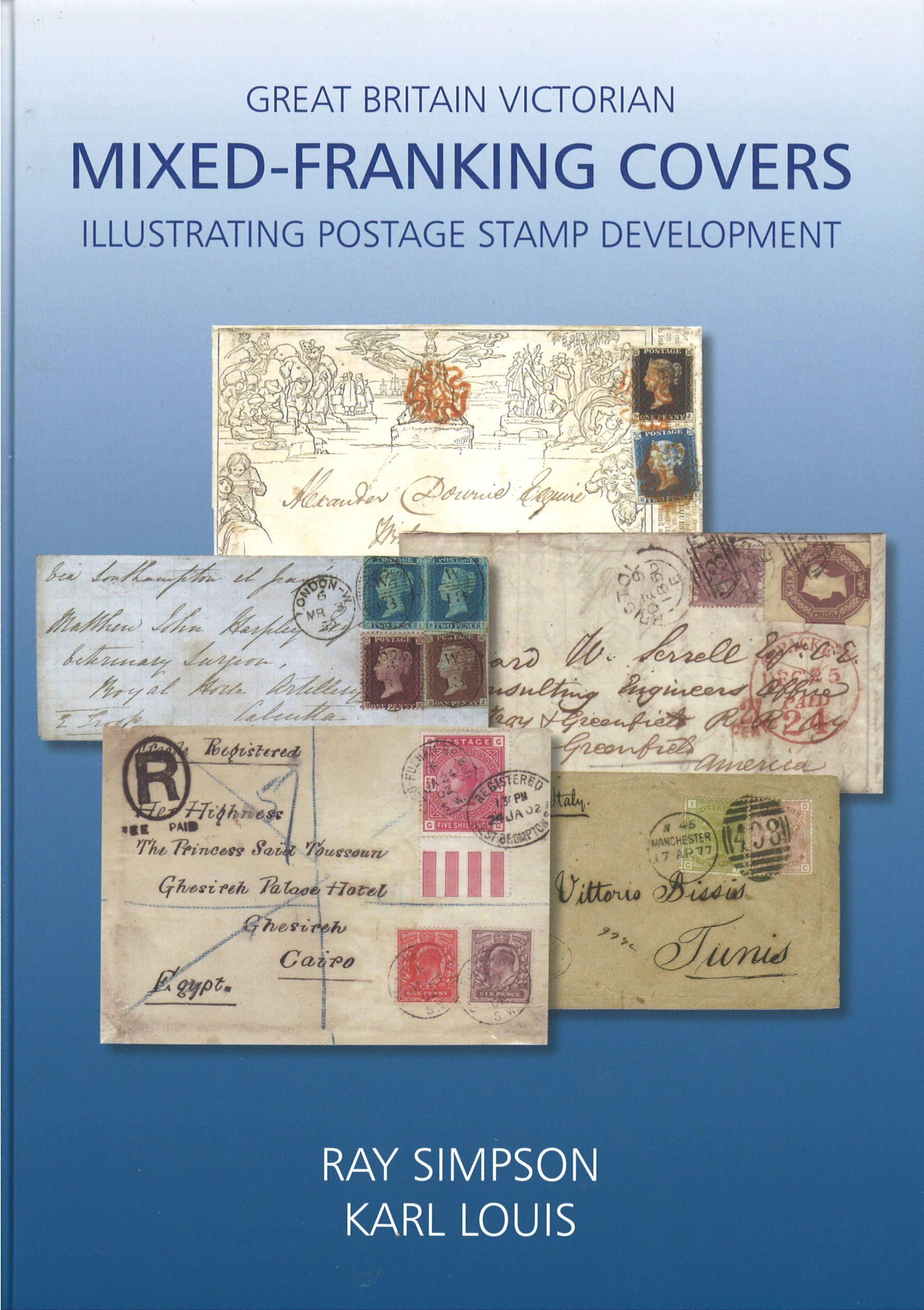