(pcp-wm) One might think that this popular field of collecting has already been extensively researched in recent decades. Volker Köppel’s new book, however, brings more.

Because – for the first time ever – he assigns price valuations – concrete and close to the market – to the great variety of event documents, stamps, special and advertising stamps. In doing so, he goes far beyond the previously known literature, even his own from earlier years.

Also important is the link between the philatelic-historical description of the conferences and the important persons involved in it. The certainly show a far higher number of coloured illustrations, among which you will find some that you have never seen before.

In his handbook, Köppel follows the structure of the respective organizations and associations that organized these Federal and Philatelic Days. The first chapter is dedicated to Hans Wagner, the second to the 1st-8th Philatelists’ Day (1889-1896), organised without a national association. This changed and from 1897 the Bund Deutscher und Österreichischer Philatelistenverband (Association of German and Austrian Philatelists), founded in Cologne the previous year, assumed responsibility for the 9th-30th Philatelistentag (1897-1924). This was followed by the 31st to 41st days of this kind from 1925 to 1935, now under the direction of the newly founded Federation of German Philatelist Associations (at home and abroad), until the Reichsbund der Philatelisten took over the helm in 1936 and organized the 42nd to 47th Philatelistentage in Germany. Then it was over. During the First and Second World Wars (after 1942) there were no German Philatelic Days.

This is also the end of this book, although the history of the Deutschen Bundes- und Philatelistentage continued years later. That would brings plenty of material for a follow-up volume. The author, however, can already be attested that he has systematically and comprehensively dealt with the subject and integrated many previously unknown aspects. In this form, this handbook catalogue is an extremely useful guide and orientation aid for anyone dealing with the subject.

NOTE: The new handbook catalogue will be presented by the philatelic historian Wolfgang Maassen at the book review of the Consilium Philatelicum on Friday, 27 September, during the 116th German Philatelic Day. It starts at 14.30 in the Alleehotel, Europa-Allee 45, 64625 Bensheim. 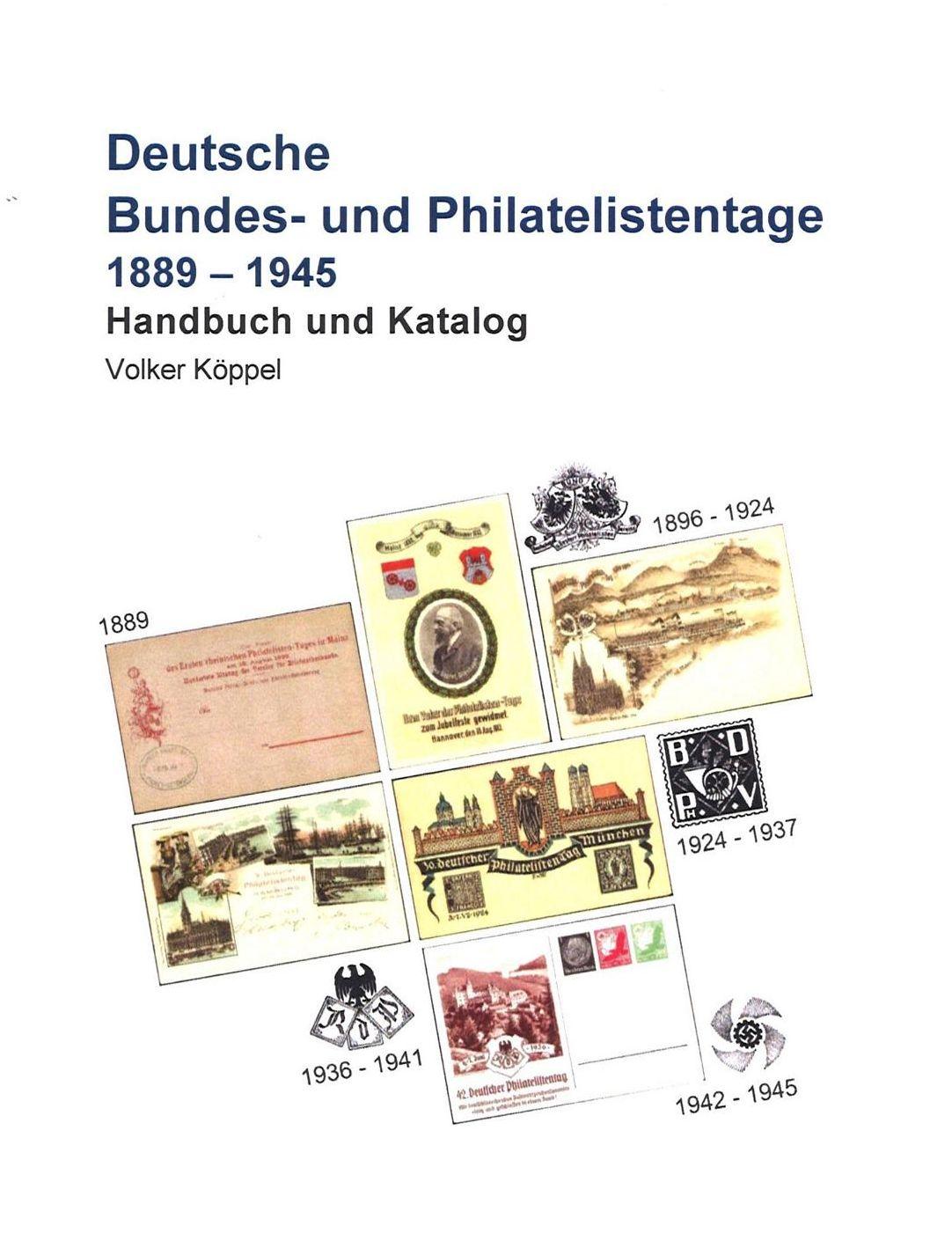