Anyone dealing with the postal stationery of the French Zone (FZ) should have a plenty of time, patience and dedication. Because the provisional cards with the many black squares do not seem very attractive at first glance, perhaps even monotonous, and on top of that one can quickly get lost in the little details that distinguish the cards. However, once you have familiarised yourself with the subject, the fascinating variety of postal stationery will surprise you, and the postal and contemporary historical background is no less interesting

For almost three decades, Wolfgang Straub headed the Federal French Zone study group, which makes him indisputably one of the most distinguished experts on the subject. For a long time he had been thinking about revising the postal stationery chapter of the handbook from the ground up, but there was no time. The “leaden” Corona pandemic came just at the right time. “But I soon realised that the extensive text and the many illustrations with countless enlargements would simply go beyond the bounds, and so I decided to write a monograph,” he recounts in conversation. “In doing so, I was able to draw not only on my own collection, but also on the very extensive archive of the Arbeitsgemeinschaft, for which numerous members had made scans of their documents available

To better understand the significance of the cards, one should bear in mind that in the immediate post-war period, the exchange of news was a vital need for the population. Few people had a private telephone; the postcard was the obvious means of communication. But there was a shortage of paper everywhere, so people resorted to what was still abundantly available: large stocks of postal stationery cards from the Third Reich with Hitler or Hindenburg portrait stamps. They were centrally collected and made available for further use. To do this, however, the old invalid postage stamp and, if necessary, the political propaganda slogans had to be obscured. Unlike the other victorious powers, the French did not manage postal operations centrally, but left them largely to the five chief postal directorates of Freiburg, Tübingen, Neustadt (Haardt), Trier and Koblenz. These sold the “recycled” cards at the post office counter, usually for 1 Rpf, and since stamps were not available until December 1945, they were marked “postage paid” and paid in cash. Or the cards were overprinted with Gebühr bezahlt [postage paid] / 6 Rpf (from 1.3.46: 12 Rpf) and thus became postal stationery. The individual postal directorates used their own designs for the new value stamp overprint and the advertising slogan masking. With 32 original cards and five postal directorates working independently, this led to a flood of different cards that was almost unmanageable.

In order to avoid confusion, Straub did well to retain the structure of the MICHEL postal stationery catalogue for his work, although recent findings would have suggested a restructuring here and there due to the chronology of the different issues. On the other hand, he introduces new sub-numbers resulting from newly discovered original cards as well as numerous variations in paper, typography and overprinting of the value stamp and/or advertising slogan. He analyses all 14 basic overprint types with subtypes and presents them in detail. In the case of the use-up postal stationery for Württemberg-Hohenzollern, he can draw on studies by Ernst Müller (1978), and for the cards with baroque frames Ulrich Horalek has done helpful preparatory work in 2015 and 2020. The author pays special attention to the production of the various issues, whose circulation figures he extrapolates, and he also goes into detail about the numerous “misprints”, which mostly stem from sorting errors during the hasty preparation of the overprints of the original cards.

The chapter on auxiliary postal stationery has been completely reworked. Straub arrives at surprising results, especially for those items pertaining to the Koblenz OPD. There are also surprises with the provisional emergency postal stationery cards, where he arrives at fundamentally new findings by resorting to decrees of the postal directorates, especially for the Trier OPD. At the end, each section is summarised in a table.

For the definitive Länder GA postcards for Baden, Rhineland-Palatinate and Wuerttemberg, Straub supplements appealing examples of use with notes on the history of their creation. He provides information on the circulation figures, comments on the distribution of the stationery cards and reconstructs the printing sheets. Two cut copies of these cards show that cards of the same denomination for all three countries were printed side by side on one and the same sheet. Finally, separate chapters look at the aerogrammes used occasionally in the French Zone, the special commemorative stationery postcard for the 1st German Bundestag also sold there, occasional uses of the Bauten cards of the Bizone (Amirican and British Zone )as well as stationery cut-outs used for franking.

Some readers may wonder whether the MICHEL postal stationery catalogue is not sufficient for this field of collecting. This may undoubtedly be the case for basic knowledge. But those who want to delve deeper and understand postal stationery in its complex postal history and contemporary historical context will gladly and with great profit turn to this epoch-making monograph. What is truly impressive is the sheer unbelievable abundance of covers, the breadth of the explanations of the background and the detailed processing in tables, excellent the workmanship and presentation. In a word: a great work! 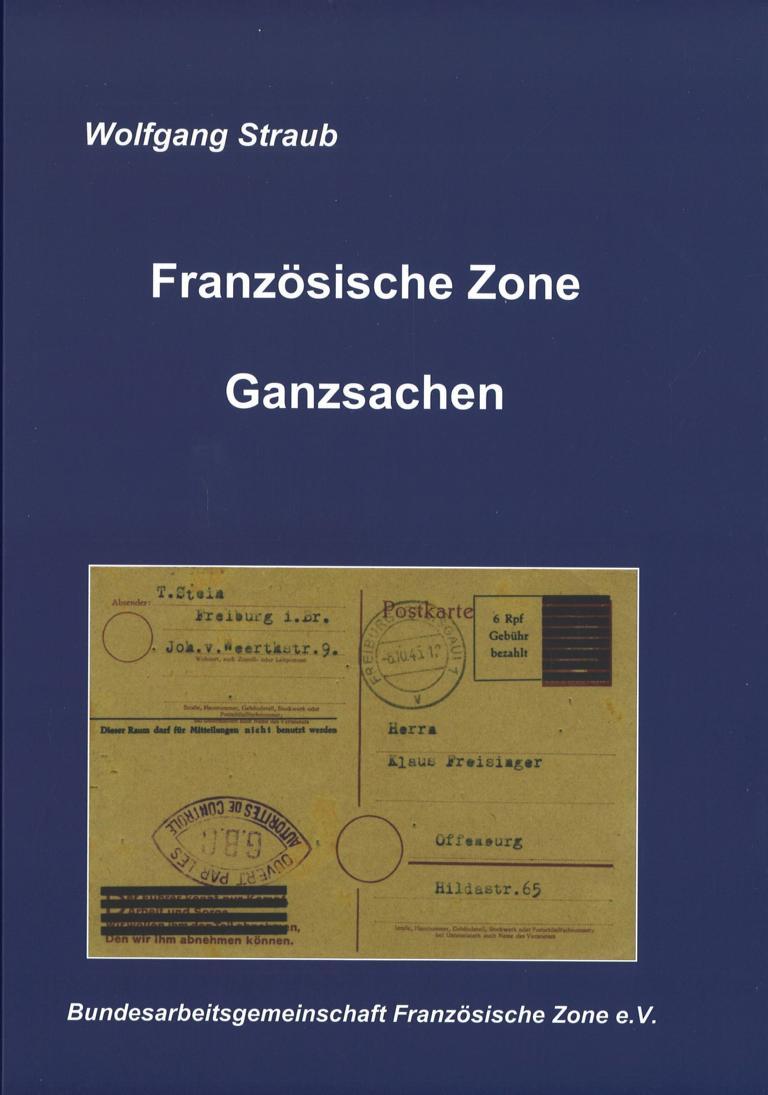