(pcp-wm) A few days ago, the Philatelic Service of the Post of Iceland (Postphil) announced drastic changes that make collectors listen out like trade.

In the message it says literally:
“In an effort to help stabilize Iceland Post’s economical situation, the company’s board has decided to close Postphil in its current form at the end of this year. Postphil has been operating at a loss since 2014. Revenue has decreased significantly due to a fall in the number of customers, while operating costs have remained the same. As things stand today, there are no certainties regarding the number of stamp issues in the coming years. However, it is certain that there will be a reduction in the number of issues and the number of issue dates per years.”Postphil’s services will therefore be discontinued “in their current form”, which does not necessarily mean that there will be no more stamps. Instead of inflating the stamp programme, selling over mass instead of class and producing more and more “frippery” product variants, Postphil is taking a different approach: the intention is to streamline the programme and save costs, perhaps also for the elaborately produced “stamp news”, which appear in several languages. One may regret it from a philatelic point of view, but these are trends that have been emerging more and more for years. 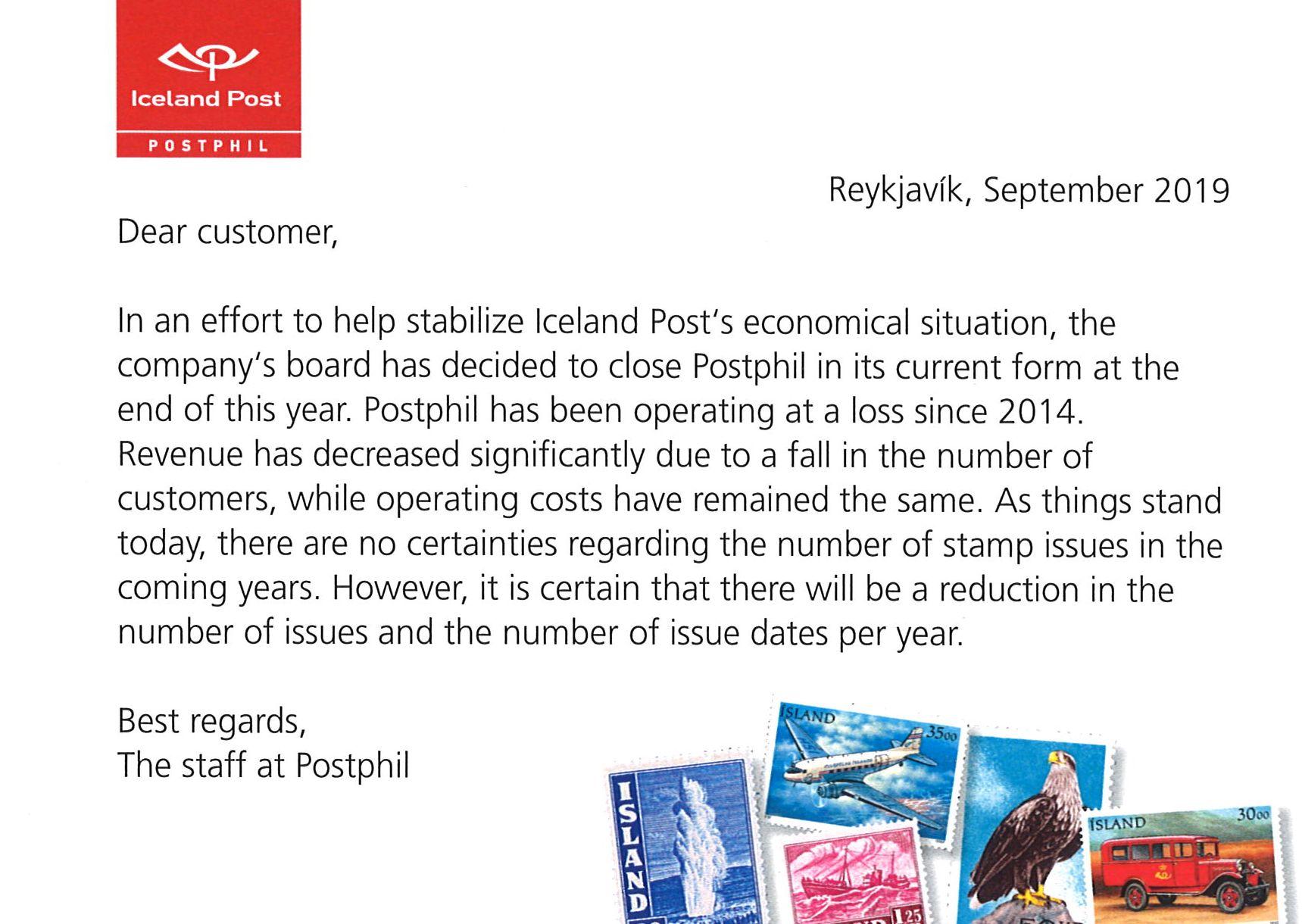