Golden Needle of Merit of the BDPh for Dr. Wolf Hess, R.D.P. – New appointments to the Consilium Philatelicum

(pcp-wm) On 7 February 2020, the well-known philatelist, juror and author, Dr. Wolf Hess, celebrated his 75th birthday with his family and some friends.

Alfred Schmidt surprised the jubilarian with the award of the Golden Needle of Merit of the BDPh, with which the association honoured Wolf Hess’ great services to German philately. Over the decades, Hess was estimated worldwide as a national and international juror – both for traditional philately and for thematic and postal history. As an exhibitor, he enjoyed great success, even winning Grand Prix prizes. As an author, he appeared in recent years with a remarkable book “Cuba – The Triangular Trade” (2016) and only recently, Phil*Creativ Verlag published a reprint of his writings on the postal history of London, which were written in 1994 and are still extremely worth reading today. 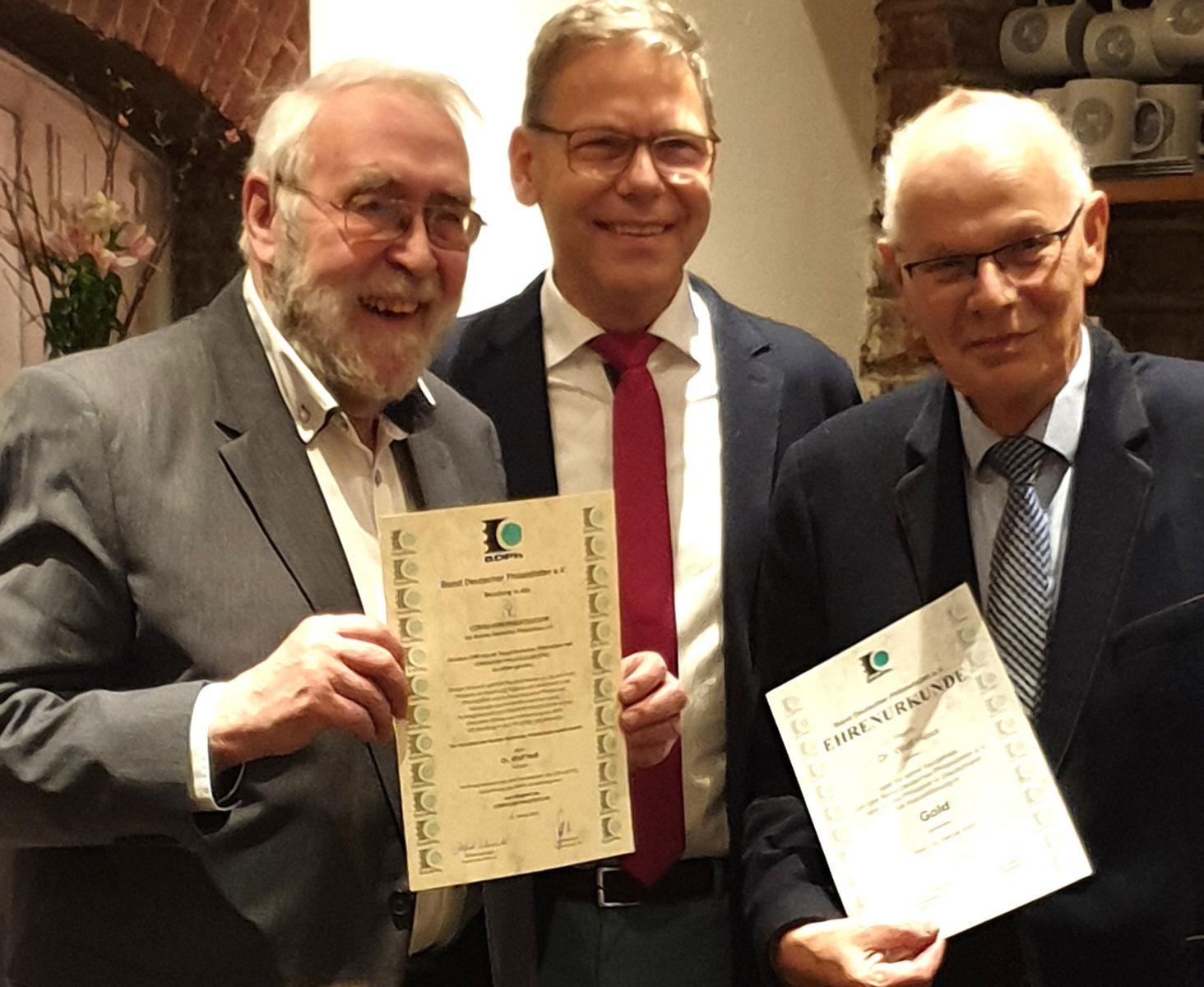 ← In May 2020 the new book by Dr. Wolf Hess about the postal history of Finland will be published NEW BOOK: Pragya Kothari Jain: Gems of Indian Philately →