(wm) The intentions of the ‘Germeringer Briefmarkenfreunde’ were certainly good. The stamp club in the German town of Germering wished to emphasize several facts at once by using a special hand stamp. The hand stamp memorizes the fact that Schwaneberger Verlag, publisher of the renowned MICHEL catalogues, decided to move from the town of Unterschleißheim to Germering. The fact that the stamp collectors club celebrated its 40th anniversary was another event that could be remembered. However, two things went terribly wrong when the hand stamp was designed. For neither was Hugo Michel born on 4/4/1872 (only Wikipedia knows this fantasy date), nor are the MICHEL catalogues 110 years old.
Hugo Michel was born on April 4, 1866 at 9 o’clock and baptized on April 15, 1866 at 2 o’clock in the afternoon, as one can easily read in the church birth register of Knau. All this is well known and documented since the publications of Norbert Röhm and Wolfgang Maassen.

Equally wrong is the statement in the special postmark that Hugo Michel’s first catalogue is now 110 years old. He did not write the foreword to the first edition of his catalogue until December 1909, but the catalogue came onto the market in 1910. There is no evidence that the catalogue was published in 1909, which would have been difficult from a production point of view. Accordingly, this first catalogue was appropriately marked with the year “1910”, as were the enclosed pro forma invoices. It was also not the first catalogue of this kind, because years before Hugo Michel, Albert Friedemann and Philipp Kosack had published comparable European catalogues, which Hugo Michel took as his model. 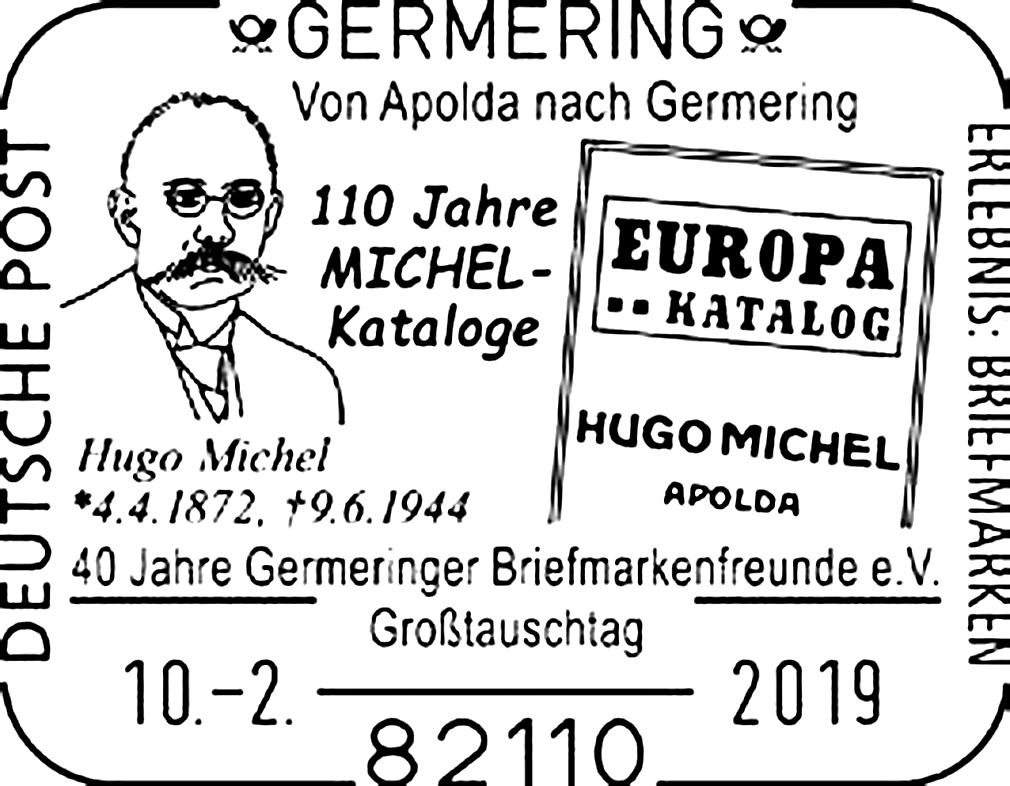