(cph) Anyone interested in a stunning philatelic thriller is invited to visit the presentation of a new book, written by the philatelic historian and prominent member of Consilium Philatelicum, Wolfgang Maassen RDP. It concerns an exciting book about Paul Singer, an erstwhile ‘nobody’ who in only five years managed to remodel himself as a top auctioneer. The book, titled “Sex & Crime: Dr. Paul Singer & the auction house Shanahan”, records Singer’s strategies in detail. And Maassen introduces the only contemporary witness still living in Ireland – a former employee of the company. This witness worked as a young man at Shanahan for several years. Auctions were held in almost 2-week time, rushing parties and balls, some events and people of rather dubious provenance were almost everyday life.

The unique “Mystery Collection” was the beginning of a catastrophe on May 9, 1959 – and it ended in a three-year process disaster, the most expensive in the history of Ireland. Author Wolfgang Maassen describes this (economic) crime thriller, presents his newly published book on the subject to the public for the first time on 23 March, but he also clarifies myths and legends that are still widespread today. Listeners can expect one of the most unusual stories about sex and crime, about money and investments, about robbery and theft and much more…!

This philatelic thriller is rounded off by a unique documentary collection on Paul Singer & Shanahan, which will be on view in the “Haus der Philatelie und Postgeschichte” in Bonn, the same place where the book presentation will be held.

Anyone interested, especially members of the German regional associations, is cordially invited to this lecture and to the first presentation of the book. Admission is free, the event free of charge, although as usual a small donation is requested for a final snack. Date: Saturday, 23 March 2019, 10-13 am. Place: Haus der Philatelie und Postgeschichte, Mildred-Scheel-Straße 2, 53175 Bonn. Pre-registrations should be sent to Günther Korn (korng@gmx.de) or to the author Wolfgang Maassen (Tel. 02163/497 60) or W.Maassen@philcreativ.de 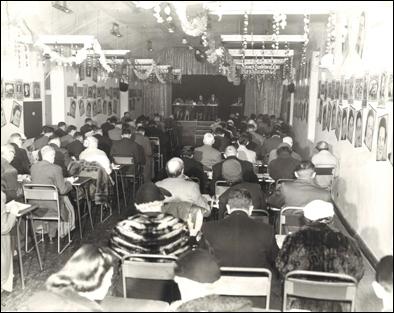