For over four hundred years, the history of Ireland has been marked by the striving for national self-assertion of the Irish on the one hand and the defending of British supremacy on the other. After countless wars and rebellions (1594-1603, 1641, 1798) which are deeply engraved in the national memory – even today, the Orange Men in Ulster celebrate their victory in the bloody Battle of the Boyne in 1690 with parades – the Fenian Brotherhood, with the Easter Rising in 1916, achieved the founding of the (Catholic) Republic of Ireland in the south of the island, while the northern province of Ulster, with a majority Protestant English population, remained with Great Britain. Since then, national unification of the entire island has been the dream of wide Republican circles in the south. Compromises in this nationalist, religious and social conflict are proving difficult and fragile, as the Brexit negotiations have recently shown once again.

On both sides, the conflict was strongly propagandised by parties and political organisations, and due to the large proportion of Irish immigrants in the USA, the conflict also spilled over the Atlantic. Vignettes, so-called labels, which convey patriotic messages with catchy slogans and images, have served as a means of propaganda up to the present day. They appeared in the USA about 150 years ago when Fenians wanted to finance terrorist activities with the sale of their products, but at the same time were already thinking about their postal use in a free Ireland.

For many years Heinz-Jürgen Kumpf has assembled the scattered literature on this little-known aspect of Irish postal history and has worked intensively on the subject. The current term Political and Propaganda Labels has grown historically, but it is difficult to distinguish between political labels as opposed to propaganda labels.

In the handbook and catalogue, written in English with a German preface, the author proceeds chronologically in the description and recording of the labels. Part 1 covers the years 1865-1922 from the appearance of the first labels through the Home Rulecampaign to Irish independence. One of the gems of this chapter is a miniature sheet of eight vignettes with portraits of leading members of the 1916 Easter Rising, one of the participants being Eamon de Valera, later Prime Minister of the Republic of Ireland. Such a mint souvenir sheet with de Valera’s original signature was knocked down for €700 at the 373rd Köhler auction in June 2020, at a starting bid of €300.

Part 2 looks at the resurgence of the Northern Ireland conflict up to the 50th anniversary of the 1916 Easter Rising, and the final part covers the period from 1966 to 2016. One of the methods used during these years was to overprint the regular postage stamps with political slogans such as No Guns – No Government or Ulster Says No on the Unionist side, while Support Sinn Fein and Free 69 Derry were used on the opponents’ side. Sinn Fein was less squeamish during the 1981 hunger strike, issuing a label showing Margaret Thatcher and bearing the inscription: Wanted for murder and torture of Irish prisoners. – It is amazing that there are even forgeries of such vignettes!

The appendix presents covers with a patriotic, political or propagandistic background, including a whole range of historical covers from the USA and others from more recent times that with an explicit message are addressed to the Irish Prime Minister. – At the end, a so-called quickfinder provides a tabular overview of all the labels catalogued.

The work is excellently researched and provides a wealth of information on the historical background, printing, number of copies, variants and forgeries of the individual issues, as well as auction references for rare copies. Genuinely used covers are interspersed in all three covered sections. – The publication will provide Ireland philatelists and collectors interested in history with a lot of new information and is therefore highly recommended. 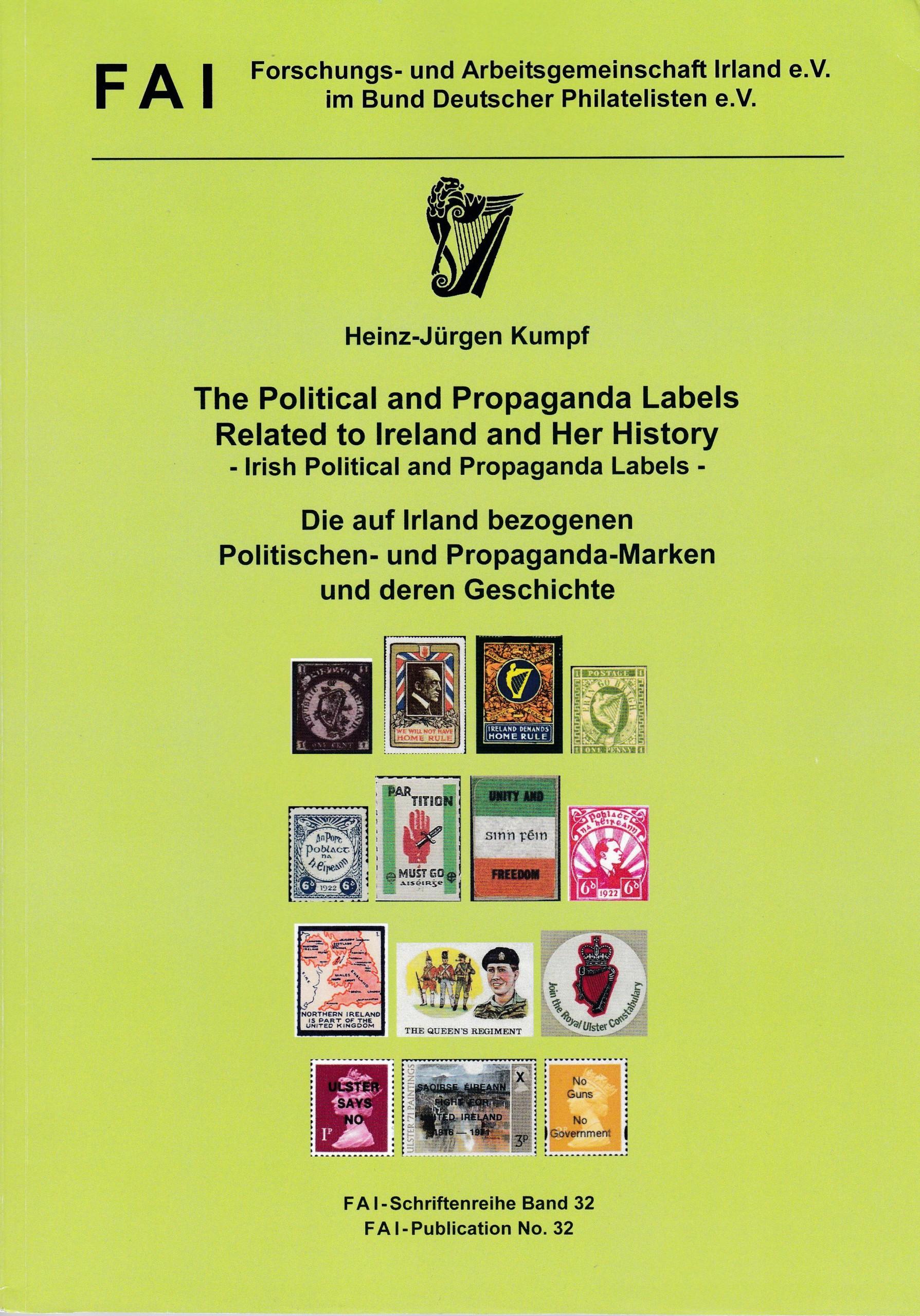