A paradise for authors and literature lovers 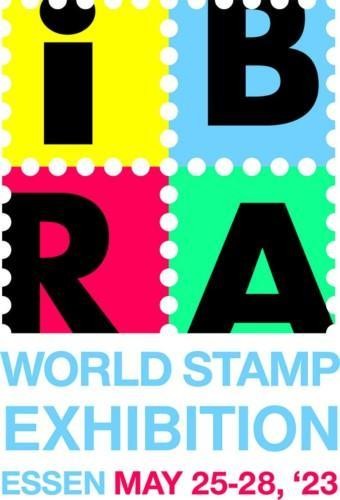 It was clear from the very start that for IBRA 2023 a spacious area should be reserved as a reading and literature area. The IBRA team has made for such an area available located in the front entrance to the IBRA hall, just in front of the stairway to the restaurant and the entrance from Hall 7. As much as 150 square metres! There was also consensus that the philatelic libraries should be given a representative area for their stands, as these are always in great demand among visitors. The Philatelic Library in Hamburg as well as the libraries in Wuppertal and Frankfurt have expressed their interest in participating. The organiser expects 100-200 literature exhibits to be displayed on more than 15 shelves. 18 seats at tables offer sufficient opportunity to browse the literature participating in the competition. In addition, there will be a special display of literature in showcases.

Starting from these basic data, Claudia Maassen drew up a first draught of the stand plan, in which all aspects are taken into account. To increase the value of this special area, it will even be carpeted, because visitors should feel comfortable and spend some time here, have conversations and refresh old relationships as well as make new contacts. The literature area is managed and supervised by the AIJP and its General Secretary Rainer von Scharpen and his wife Wiltrud. This team has already done a great job at LONDON 2015 + 2022 as well as Stockholmia 2019. In the plan, the “supervisor” table can be found on the right, and next to it a laptop will eventually be available to view the digital literature. Once again, Claudia Maassen, incidentally also a member of the AIJP, will be in charge of designing the shelves as well as the tables and display cases.

Anyone who knows anything about the trade fair landscape knows that such a large area with several booth set-ups and the equipment described above costs money. And not just a little. The author presented the IBRA team with a precise cost calculation for the project and also succeeded in finding a sponsor whose generous support made this enterprise possible in the first place: the Heinrich Köhler company in Wiesbaden and the Global Philatelic Network. These two companies not only make a good name for themselves as auction houses, but also as publishers with numerous releases every year. One cannot thank them enough for promoting philatelic literature! 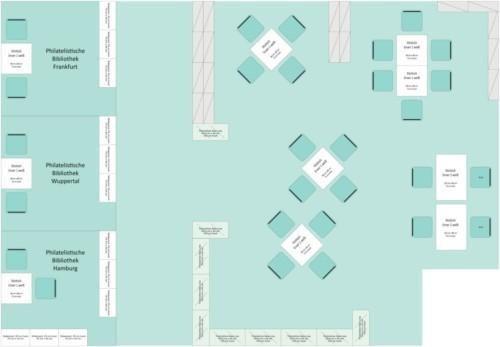