In this issue of MAP, articles on completely different topics are once again published. The focus is on the further use of stamps from the Portuguese colonial period after the independence in 1975. They were used either in combination with editions of the young People’s Republic or independently or as overprints. This form of further use can be observed until the 1980s.

Another topic is two stamps that were apparently not used for postal purposes. In recent years they have first been offered at an auction in Portugal. It is possible that they could have been used as donation stamps for the MPLA Congress in 1980, but perhaps they are “only” unissued stamps.

Recently further “novelties” of the agency Stamperija became known for Angola. In the meantime, 30 themes with four stamps each and 29 themes with one block each have been identified. A special issue of MAP is planned. It is expected to be sent out in November 2019.
All issues of MAP can be ordered – even retroactively – at any time and free of charge by e-mail at reinhardkuechler@yahoo.de 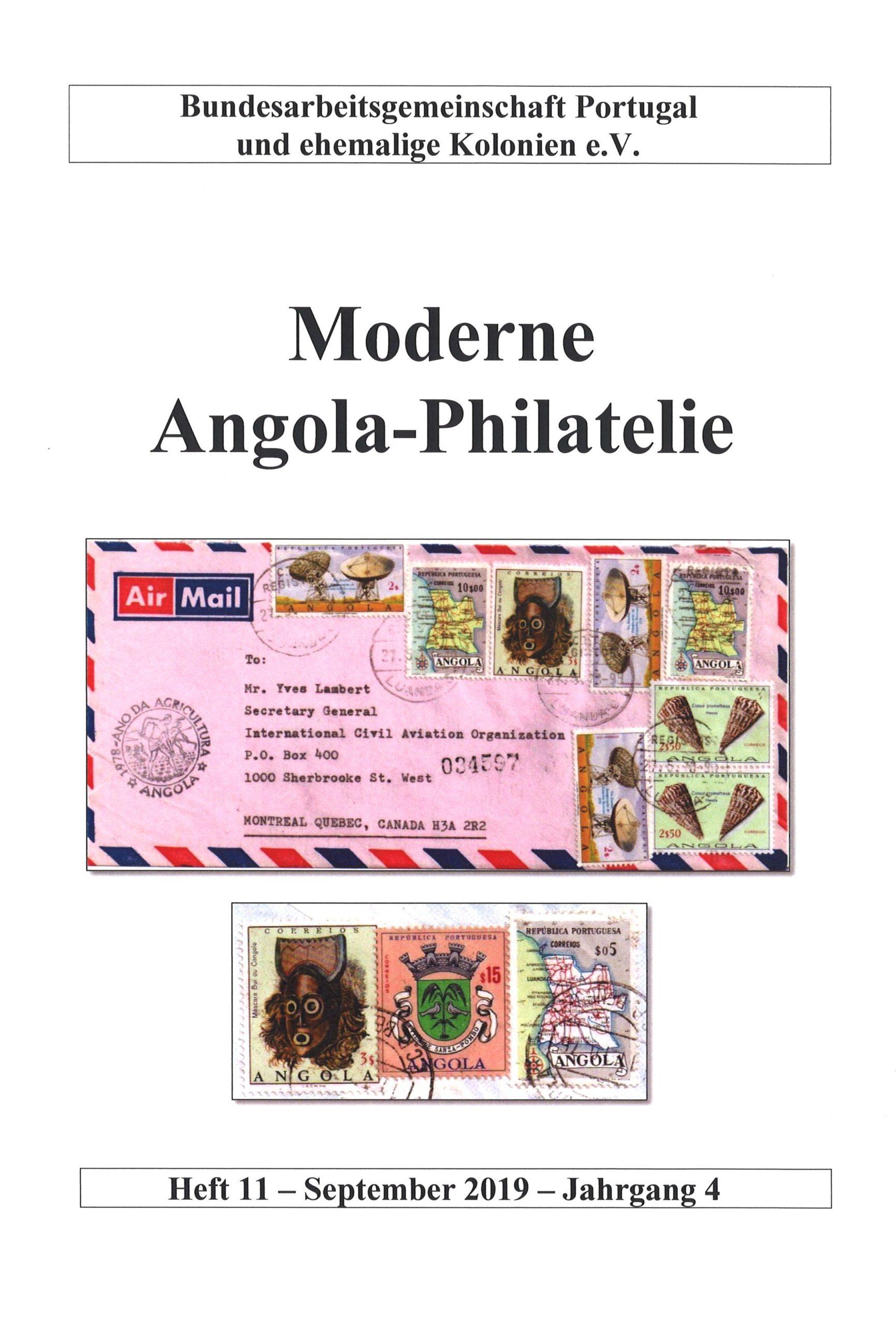 Photo text
← Free portrait stamp for every visitor! A new stamp catalogue for the Abstimmungsgebiet Allenstein 1920 →