(rk/pcp) Since the end of 2019, the production of stamps and miniature sheets for Angola has been overtaking the philately market.

It is hard to believe that the Stamperija agency has seized the new products and is producing them in a number that is completely above demand. In addition, there is the more than curious selection of themes that have nothing to do with Angola at all.

In this special issue of the free digital magazine “Modern Angola Philately” (MAP) the brands of the years 2018 and 2019, which became known so far, are illustrated. This restriction is necessary because the agency often reports new sentences and blocks with a considerable time delay. In this respect, it is quite possible that further editions will be submitted and that the situation will become even more confusing.

The news will be announced by the Agency on the website www.stamperija.eu . There one can gain an insight into the activities and see which countries are also “happy” with the allegedly official editions. For Angola naturally also imperforated pieces as well as whole arches are offered. Meanwhile there are also first day covers of some issues. But they have as little to do with the Angolan post as the issues themselves. On demand mail the agency expenditures are not to be discovered so far.

MAP has been published since 2016 and is published by the Bundesarbeitsgemeinschaft Portugal und ehemalige Kolonien e.V. (Federal Association of Portugal and Former Colonies). All issues of MAP can be ordered – even retroactively – at any time and free of charge by e-mail at reinhardkuechler@yahoo.de 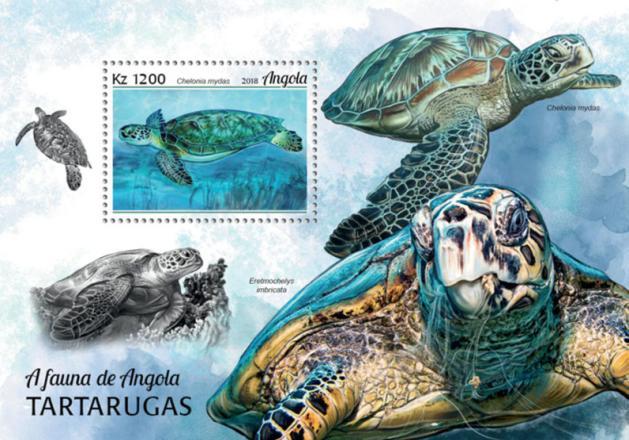